A Few Favorites from the October/November Issue 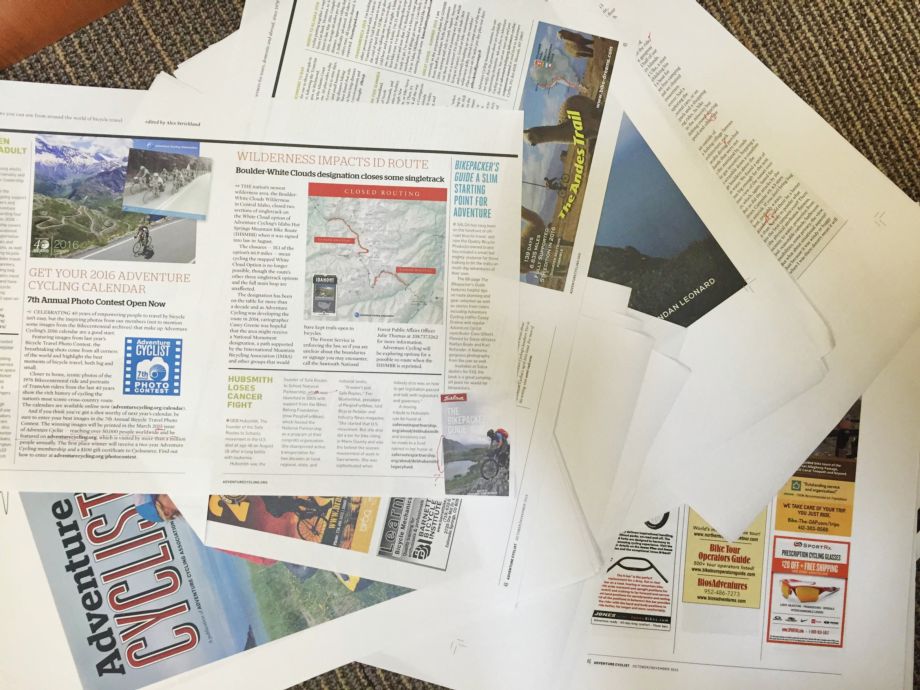 The October/November issue of Adventure Cyclist should be landing in your mailbox any day (if it hasn’t already) and right off the bat, you’ll see this issue is a little different.

First of all, featuring a mechanical on the cover might be a first for the magazine, but Hilary Oliver’s concentration as she repairs a flat with the dramatic Norwegian landscape flanking her on both sides was an image that grabbed out attention from the moment it hit our screens. The result is certainly an unusual cover shot, but might just be my favorite one of the year (though I do love the March issue).

Inside, Gregg Bleakney’s travelogue from Albania closes out what’s been a slightly bizarre run of stories from the Balkans in 2015 — an accident of planning that saw us cover Slovenia, Bosnia, Croatia, and now Albania in twelve months. Not to mention a trio of stories from Northern Italy in the same span that proves two things: Adventure cyclists love the Adriatic Sea, and that we’ll likely steer clear of stories from that particularly lovely corner of the world for a while. Bleakney’s story is a short one, but weaves a tale of the exact type of improbable travel connections that lure us out the door time and time again. And though we weren’t able to run a selection of his gorgeous portraits of everyday Albanians in the magazine, you can access it online here.

Another visual highlight of this issue is the gorgeous two-part illustration accompanying Alastair Bland’s Final Mile piece, drawn by frequent contributor Liuke McDonnell. Luke’s been a friend of Adventure Cycling since the organization’s birth in 1976 when the then-teen’s illustrations caught the eye of co-founder Greg Siple, an artist himself. Luke’s drawn countless pieces for Adventure Cyclist (and before that, Bike Report), and when you consider that he’s been able to squeeze us in around his “day jobs” for years is pretty amazing for the magazine. You see, Luke’s resume includes stints at DC and Marvel Comics drawing some of the best-known characters ever put to paper. His credits include Batman, the Green Lantern, Daredevil, Spider Man, and Iron Man, just to name a few. We’re incredibly lucky to have such an accomplished illustrator in our Rolodex and with more Final Miles on tap for 2016 we hope to show off more of his work in the coming year. 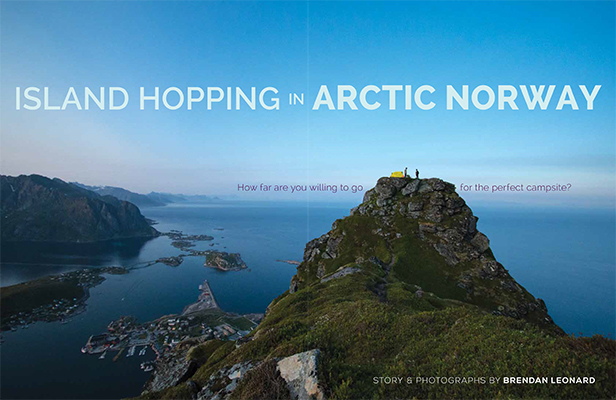 But my very favorite part of this issue is the spread on pages 22-23 leading off the Norway story featuring a photo by Brendan Leonard and great typography from Lead Designer Cassie Nelson. There’s a trend on popular social media platform Instagram to show tents in incredibly picturesque spots (and an ensuing backlash noting that many of the locations are either ecologically inappropriate for camping or just plain ridiculous) and I admit that I’m a sucker for the bright glow of a neon tent surrounded by an incredible landscape. But even the largest smartphone screen can’t reach out and grab you the way a magazine spread can, and I want to hang onto this image with both hands and jump right in. You and I might not be able to seek out the spot in Norway anytime soon, but we can ride along with Brendan and Hilary as they seek out the perfect campsite for a bicycle traveler.

Hope you enjoy the issue.
-Alex

Hell yeah. Just got this yesterday. Glad to see the intersection of Adventure Cycling and Semi-Rad/Gription on the cover. Stoke is high.