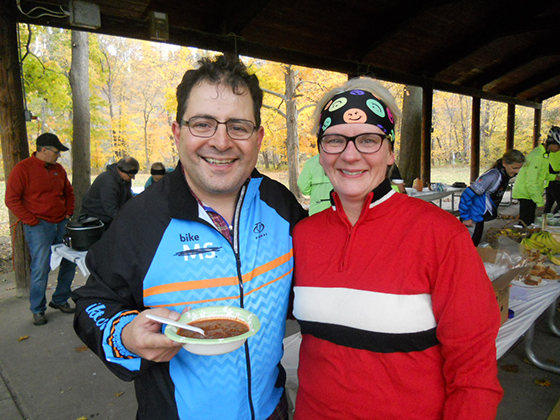 The last organized ride in Ohio, the Red Flannel metric century (Oberlin, OH), usually occurs on the first Sunday in November. This year it was moved up one week or it would have fallen on the morning after a red-letter day, Halloween. 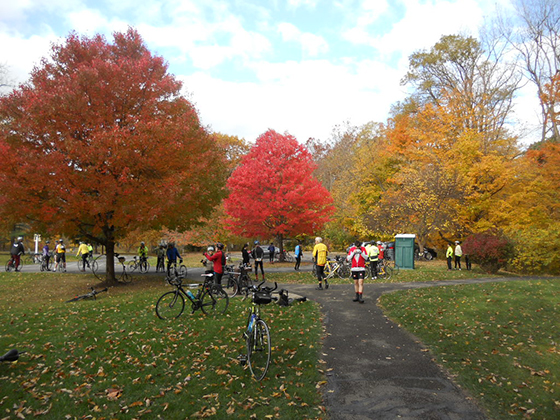 Since we were going to participate this year, we had to dress the part. I didn’t have a red flannel shirt, but I did have a vermillion wool jersey. Perfect. Velo had a maroon plaid jersey that had the appearance of being flannel. 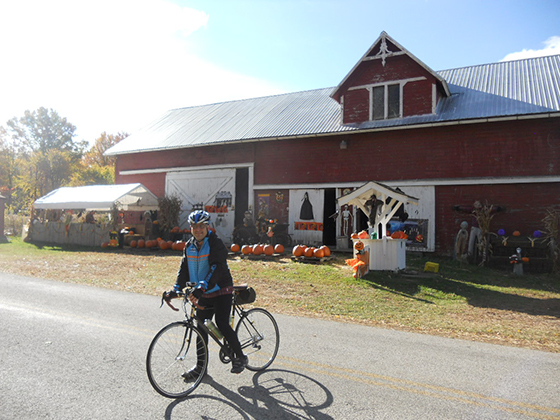 The Lorain Wheelmen put on quite an event, and I have to hand it to them, attendance can be scarce depending on what Mother Nature decides. This year was perfect. As the saying goes, “red sky at night, sailor’s delight," and this time it was a cyclist’s delight. The scarlet sunset on Saturday night beckoned as Velo and I drove to northern Ohio. 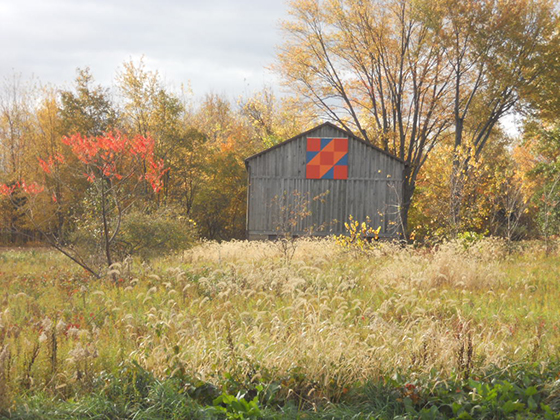 After checking into our hotel, we walked to The Harry Buffalo for dinner. Their taps were pleasing with a selection of seasonal Oktoberfest, Pumpkin, and Amber ales. I chose the Great Lakes Oktoberfest to have with dinner. The restaurant is called Harry Buffalo because they have bison on the menu. I didn’t want to eat a lot right before bed so I had a bowl of bison chili. Lean meat with succulent, dark red kidney beans may not have been the best pre-ride choice, however.

After a breakfast of oatmeal and cranberry juice, we drove to the Oberlin Community Center. If it wasn’t for all the spandex tights, I would have thought I was at a lumberjack convention. There was at least fifty shades of red flannel shirts and one group in their rose-colored Dr. Denton's pajamas. 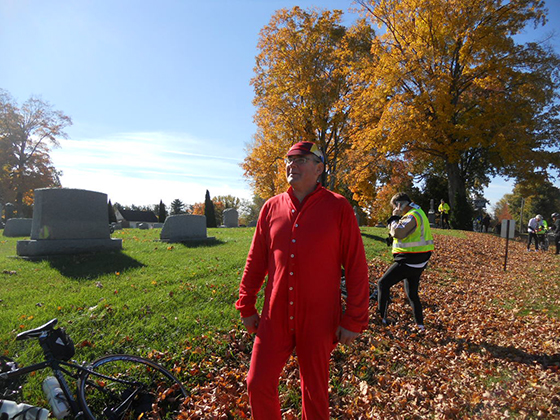 The start of the ride took us past Oberlin College, an old campus full of brick buildings the color of oxblood and stone structures in greys and tans. It wasn’t long before we started to see the autumn trees. There were so many vibrant colors it was almost an assault on the senses. Sixty-four miles of crimson maples and auburn oaks; flame colored sugar maples and wine colored sweetgum trees; and the occasional amaranth-colored Japanese maple. The red barns that dotted the surroundings were camouflaged among the copper, auburn, and cayenne leaves. We even visited with a big red bull. 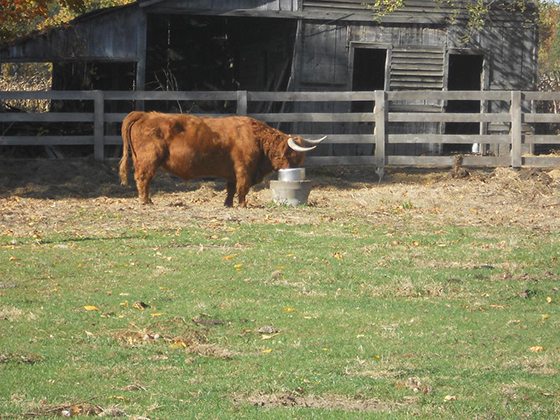 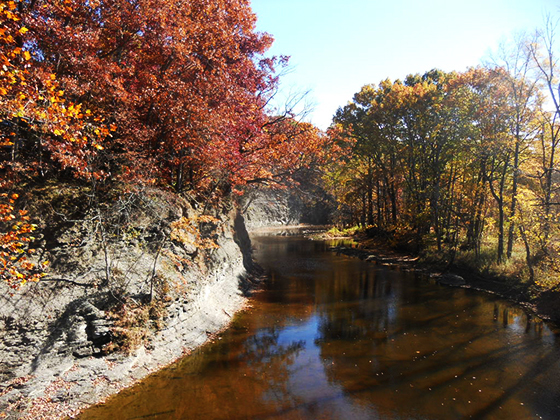 There were only two rest stops on this ride, but once you visited one, you knew why. Homemade chili and baked goods along with PB&J sandwiches, trail mix, and fruit made it easy to go the distance, even when we made a wrong turn, went up a 14% grade we weren’t supposed to, and added four extra miles to our ride. 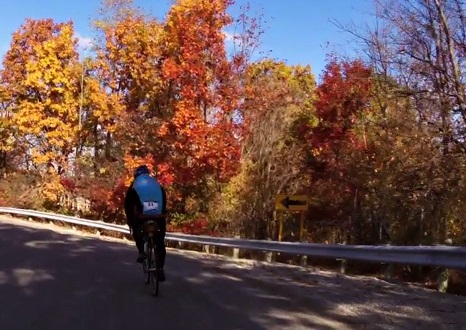 Velo had chili at the first stop in Mill Hollow, and black bean soup at the second stop in Milan, birthplace of Thomas Edison. I opted for peanut butter and a vegetarian recipe at the second stop. When we finished back at the Community center there were home-baked ginger snaps, my favorite. 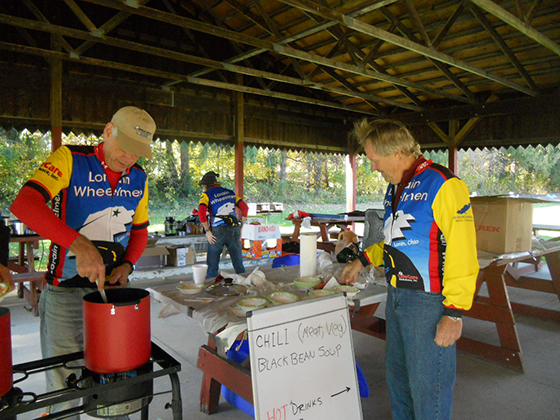 I think I fell short of naming 50 different shades of red, but check out the pictures and you’ll get the idea. 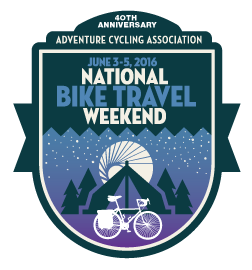 How about you? Would you like to be a guest blogger at Adventure Cycling? We're looking for...

And a few photos on anything you submit would be a good idea.

Click here to get all the details about Adventure Cycling Guest Blog Post Submissions. And thanks for blogging!

Thanks again for your guest blog, Jacquelyn.

I love blogging about rides. Thanks AC for posting. And thanks to all the readers. Hopefully you'll like more of my blogs. www.thereluctantcyclist.com