Three Adventure Cycling staff (Ginny Sullivan, Winona Bateman, and myself) traveled last week to the National Bike Summit in Washington, DC. Although it was my eighth summit, it felt really new and fresh. Here are five highlights!

There's a running joke about older white guys dominating America's bike groups, including the infamous MAMILs (Middle-Aged Men In Lycra). I have to say, I resemble that remark (except for the lycra: board shorts and regular trousers for me)! But this year, there were many more women (and people of color and young people) than ever. There were plenty of white guys too, but it was great to have a much more diverse movement at the summit and on Capitol Hill. The League of American Bicyclists held a dynamic and well-attended Women's Bike Forum before the summit, which was a key reason for the more diverse attendance. Kudos to the League! 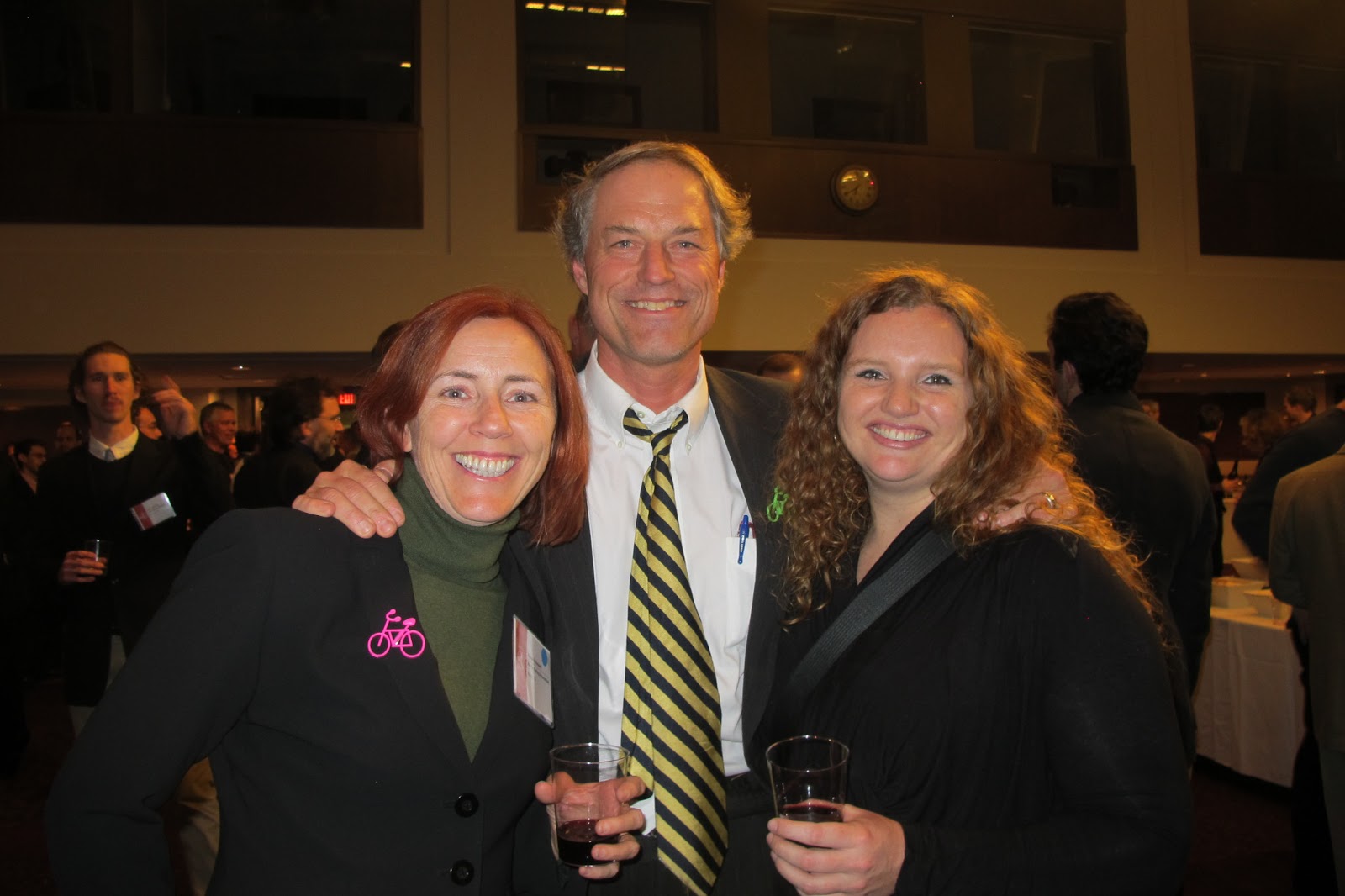 More women than ever attended the National Bike Summit, including Eileen Schaubert, a cycling advocate based in Austin, TX, (left) and Mia Kohout, publisher of Momentum Magazine (right)

As it has the past couple of years, bike tourism played a more prominent role at this years conference. I did a plenary talk on bike tourism with April Economides, who consults on the creation of bike-friendly business districts. IMBA did a great summary of the economic impacts of mountain bike tourism. Travel Oregon released the preliminary findings of their study on bike tourism's economic impact (by their accounting, that impact is at least $325 million annually). We also took the "power of bike travel and tourism" message to Capitol Hill; I was fortunate to meet with Congressman Sam Farr, co-chair of the Congressional Travel and Tourism Caucus and an ardent supporter of active travel in his district (on the central California coast) and throughout the U.S. 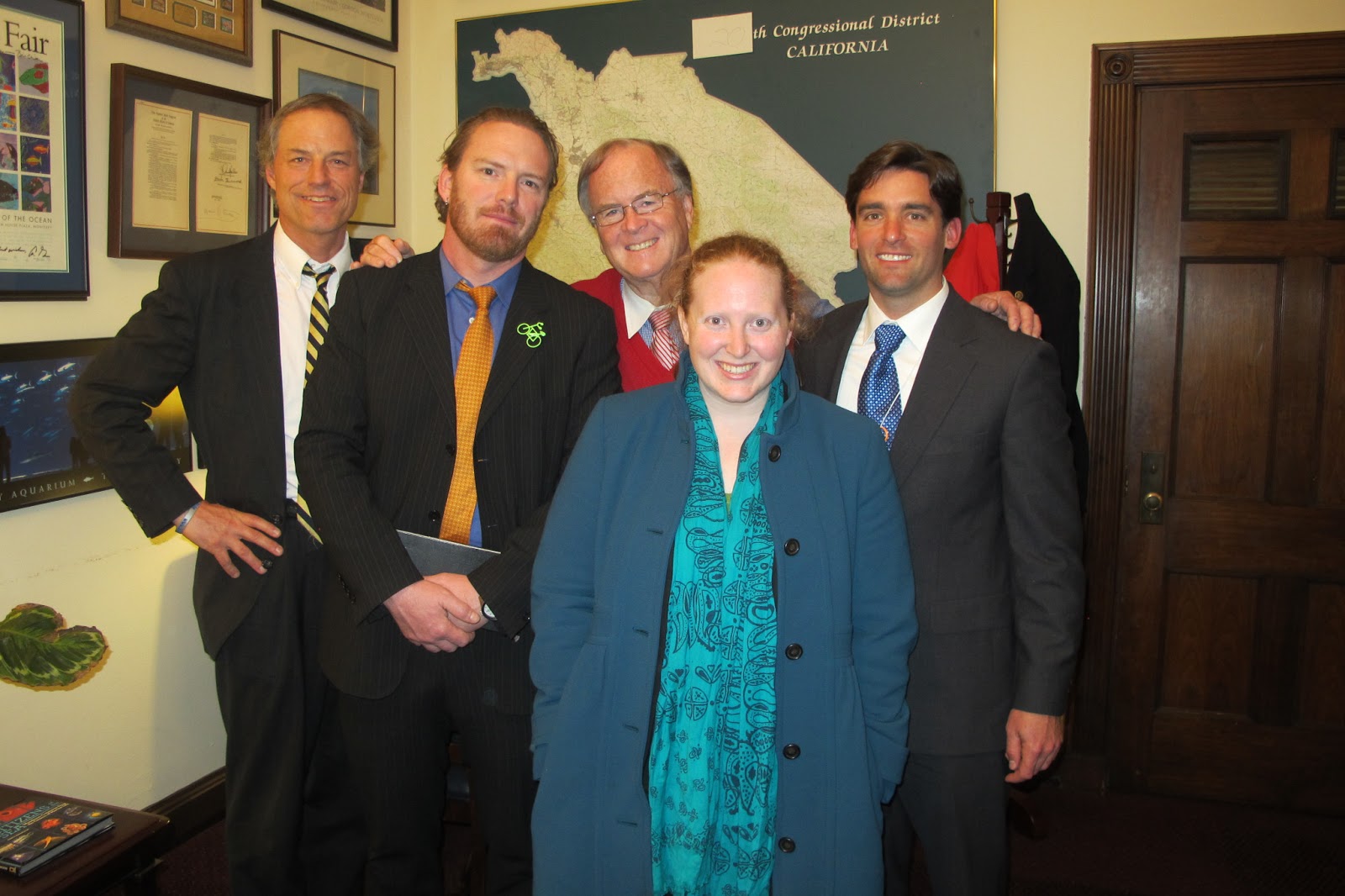 Last year's new federal transportation bill was something of a setback for bicycling. We lost some of our dedicated funding and are seeing some states decide not to use federal funding at all for biking, walking, or safe routes to school programs. As a result, I heard more discussion than ever at this summit about the need to grow our grassroots support to make sure our state departments of transportation and metropolitan areas invest in bicycling along with other modes of transport, and also to prepare for next year's reauthorization of the federal transportation program.

I attended a reception for Bikes PAC, which supports Congressional candidates who support biking, and I was pleasantly surprised to observe that, of the 10 Members of Congress who stopped by, half were Democrats and half were Republicans. It's a sign that bicycling is increasingly seen as a non-partisan (or "bike-partisan") issue, which bodes well for our efforts to bolster cycling in the next federal bill. The reception was also a great place to catch up with bike champions like Representative Peter DeFazio (from Eugene, OR, and the only retired bike mechanic in Congress). 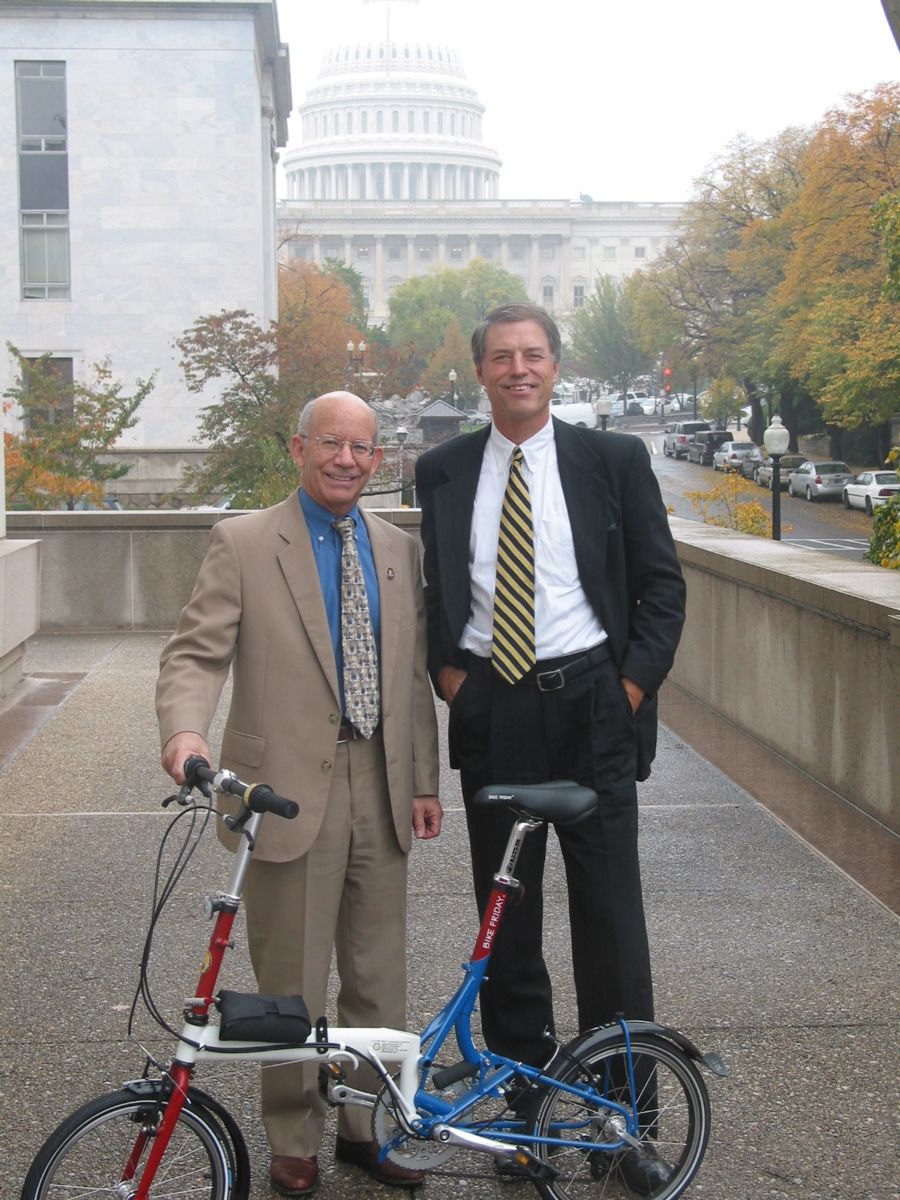 On the left, Representative Peter DeFazio

The main message at the summit was "bicycling means business" and it was terrific to see so many representatives of the biking and tourism industries in DC. There were also many leaders from federal, state, and city agencies, from U.S. Transportation Secretary Ray La Hood to Indianapolis Mayor Greg Ballard whose city is expanding its bike lane and trail network from one mile to 200 miles in 8 years! Also exciting was a panel discussion on providing more access to federal lands by bike, which Adventure Cycling organized. Look for more news on this soon, including a special agreement we are about to sign with the National Park Service on facilitating more biking in and to our national parks.