The talent and fervor of Adventure Cycling members, readers, and followers never ceases to amaze me. We received incredible shots for our 4th Annual Bicycle Travel Photo Contest. A panel of five judges picked the winners from over 450 submissions.

The March Issue of Adventure Cyclist highlights these wonderful photos. If you haven't seen them in print yet, drumroll please … 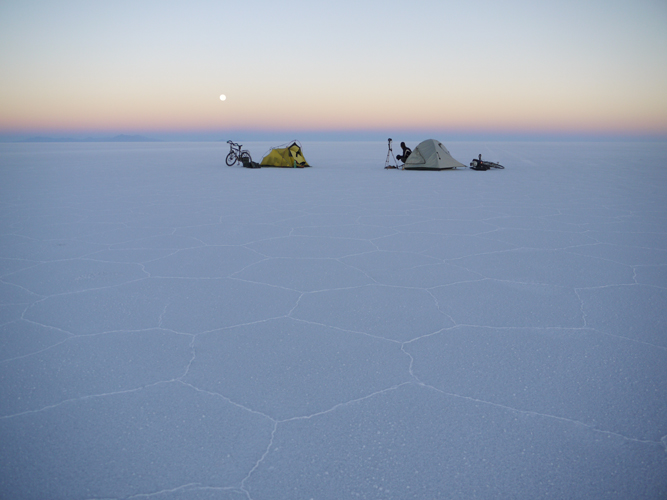 This shot from Bolivia’s Salar De Uyuni great salt lake, reminds us how the bicycle can quietly take us to remote places. “As the sun set, the Salar took on a strange and spooky luminescence as the sun’s last rays were replaced by the glow of a full moon which rode the eastern horizon. Soon after taking this shot, the cold ended my photography session and we settled down for a chilly night as the temperature rapidly dropped below freezing.” 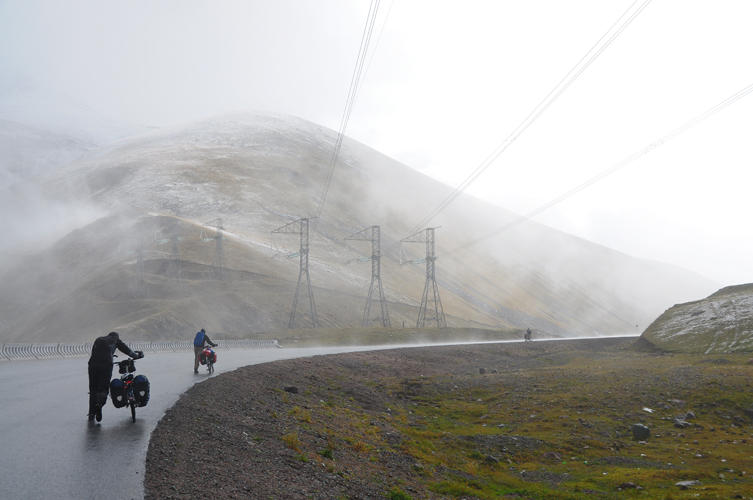 Ala-Bel Pass in Kyrgyzstan. “We started the climb the day before, but were caught up in a storm and had to backtrack. After a short night’s sleep, we attempted to reach the top of the pass a second time. It had stopped raining, but a thick fog remained, and the top area was covered in snow. The last part got pretty steep and some of us had to push our bikes for the last three kilometers." 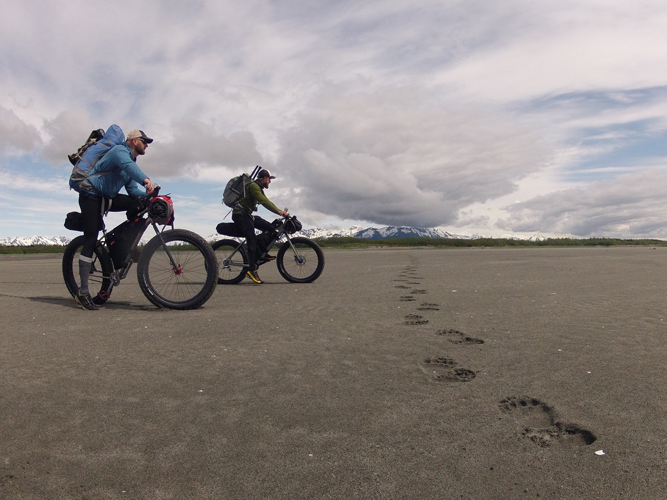 “We were stopped in our tracks by more brown bear tracks,” writes Adam about this picture taken on his bike-rafting journey along Alaska’s Lost Coast between Yukatat and Dry Bay. He and his two companions rode Salsa Mukluks with pack rafts slung under the handlebars for river and bay crossings. 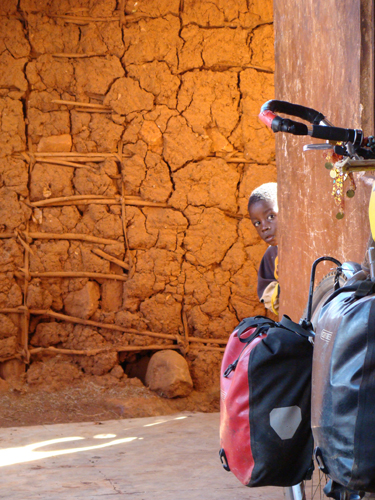 “It was probably the first time this little Sudanese child had seen a white person on a very strange machine that looks like a bicycle. When he first saw us, he ran away scared, but soon after, his curiosity grew much stronger than his fear.” South of Dongola, Sudan. 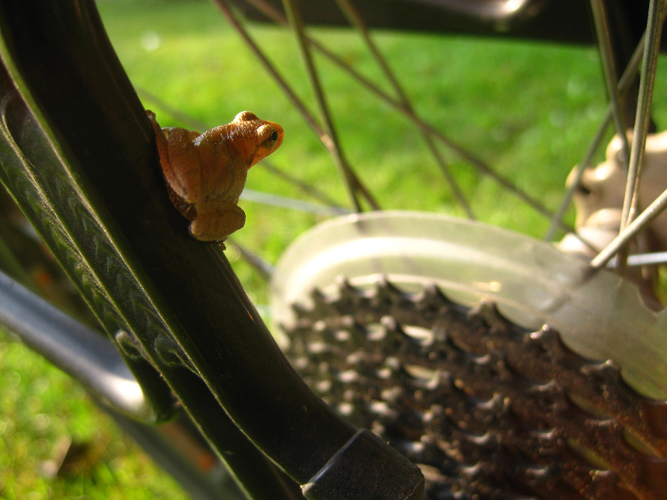 “I picked up this little hitchhiker in Shawano, Wisconsin. It was perfect frog weather, warm and wet. He must have known there was a big thunderstorm rolling in and sought shelter. Luckily for us the local roadworkers warned us of the ‘red cell’ storm approaching and we sought shelter too.” 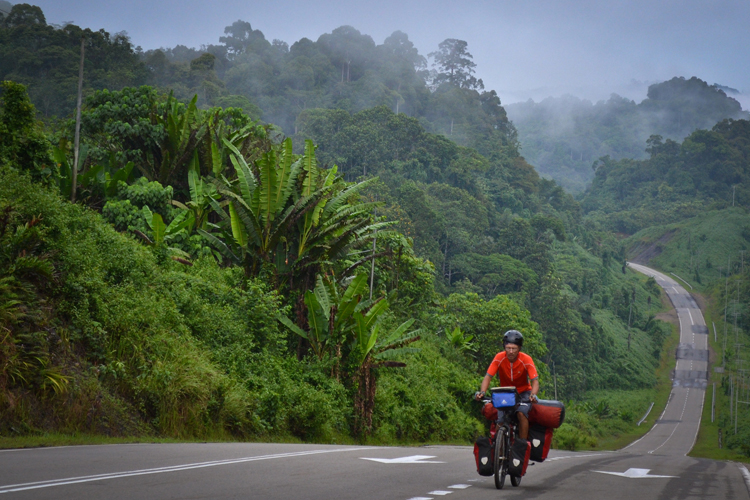 “Six months from now, we’ll be 8,000 kilometers south of the equator somewhere on the South Island of New Zealand. I imagine us gathered around a roaring campfire swapping tales with fellow cyclists. Sooner or later the talk will turn to routes.

“You guys biked all around Borneo? Wow! Must have been amazing.”

“First of all, you’ve got the mist shrouded mountains of the Crocker range. Also known as the Spine of Sabah, this thickly-forested region culminates in Mount Kinabalu at a height of 4,095 meters (13,436 ft).

“Yeah, it’s a real workout,” I’ll boast. “The climbs almost killed me, but gazing out over the peaks at sunrise … that made it all worthwhile. It was some of the best scenery in Southeast Asia.” 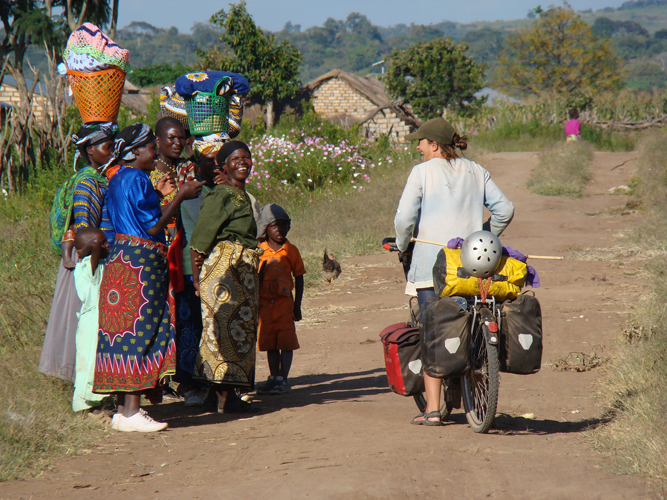 A brief encounter captured on a ride from Spain to South Africa. “This shot was taken at the shores of the Lake Tanganyika in Western Tanzania. The smiles on people faces were our main source of energy to keep on going.” 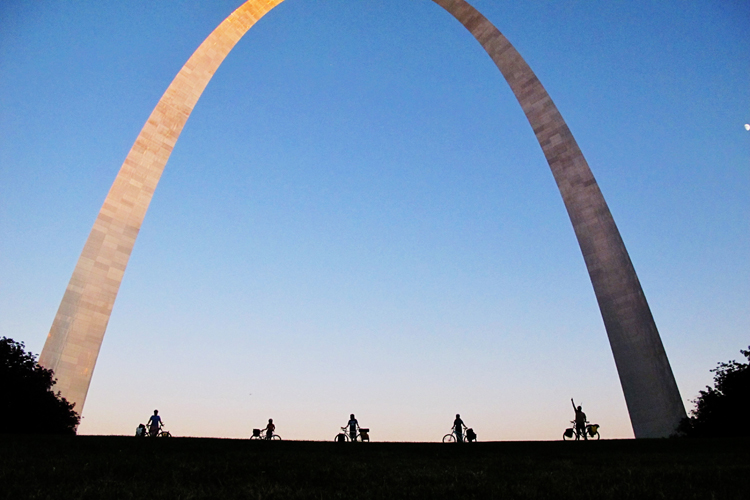 “Our family (dad, mom, son 14, daughter 12, and daughter 8) had just ridden the Katy Trail across Missouri and down the Missouri River, and then into downtown St. Louis to end our 260-mile trip at the iconic Gateway Arch. The tears spilled down my face and I was filled with pride and joy, remembering all of the wonderful family memories we created on the journey. We did it! 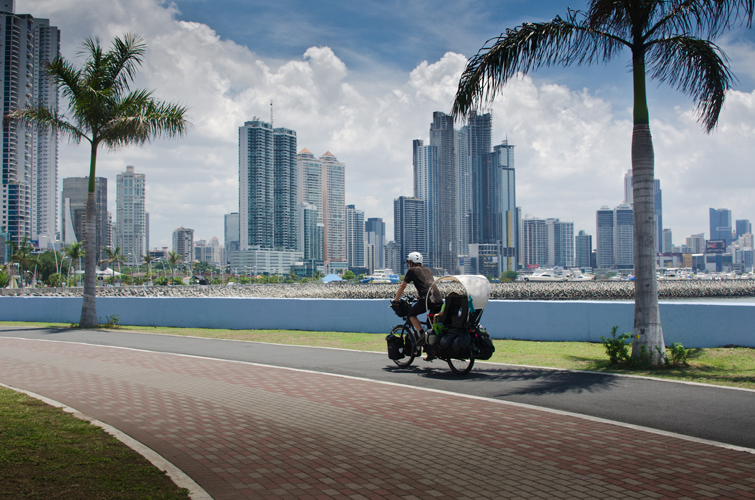 “The skyline of Panama City offers a bright, striking contrast to many other cities in Central America. This was the southern-most point of our 13,500-kilometer, year-long family bicycle tour of the Americas.” 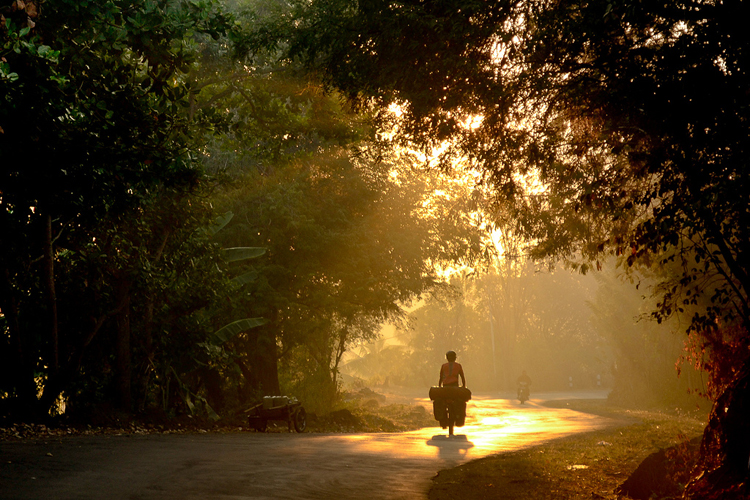 Sunrise provided the dramatic lighting for this moment captured on a rural road on Flores, Indonesia.

Amaya and her companion, Eric Schambion, had just come to Flores during their world tour despite a description in a guidebook that portrayed the island as too tough for cycling. “Did we let that stop us? Absolutely not. It was impossible, we reasoned, that bicycle touring on Flores couldn't be more taxing and tiring than Borneo. Honestly, 90 percent humidity, 25 percent grades, and a steady stream of palm-oil trucks on a pot-holed track known as the National Highway is a pretty high bar to cross.” 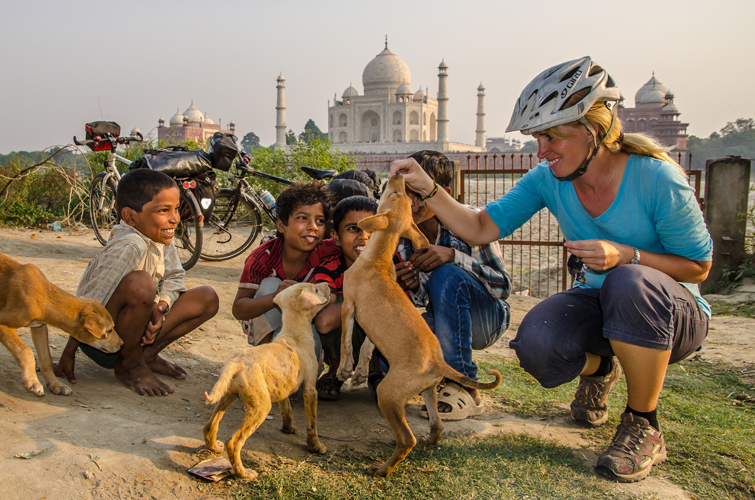 “Who cares about the Taj when there are puppies to play with! We cycled to the opposite side of the river to get a nice view of the Taj Mahal. When we got there, a group of kids asked us for money so they could buy biscuits for the puppies who looked very hungry. I was skeptical at first but since I am a dog lover I handed them a few coins. I was happy when they actually returned with the biscuits and we had fun feeding them to the pups together.”

Thanks so much to everyone who participated in this year's photo contest. Your eye and enthusiasm are a huge part of what makes our Adventure Cycling community a success.

ART. ADVENTURE. AWESOMENESS. wishes to bring enthusiasm to your day. This column is written by Rachel Stevens, a graphic designer at  Adventure Cycling Association.