In February 2014, Adventure Cycling Association announced the launch of the Youth Touring and Leadership Scholarship. We reviewed the applications and selected two candidates to participate in one of Adventure Cycling’s 2014 educational courses.

There was a great response to the scholarship, and after much review and careful deliberation, two winners were selected — Alice Viana and John Nguyen. Alice and John will be joining us on our Introduction to Road Touring – Oregon Educational course. They’ll be sporting new bikes donated by Raleigh, Dolphin panniers donated by Arkel, and racks from Old Man Mountain.

Alice is from Chicago, IL and received her undergraduate degree from DePaul University. After graduating, she spent ten months in Rio de Janiero, Brazil teaching English. This fall, she'll be starting grad school, working toward a masters in social work.

Alice is planning to use her bike travel skills in an outreach program that brings bicycles and youth together. Working with a local bike shop, Alice plans to show people how to make a bike tour manageable for beginners and families. 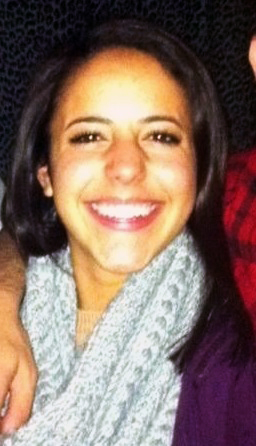 John hails from Houston, TX and recently graduated from Trinity University in San Antonio, TX. While in school, John somehow managed to find the time to balance his course work, ride bikes, and learn to play not one, not two, but three instruments, the cello, piano, and handbells!

John plans to use his new skills to increase the health and wellness for Vietnamese young adults in his community through a weekly cycling group!

Congratulations to both Alice and John, and a huge thanks to Raleigh, Arkel, and Old Man Mountain for donating equipment to make the scholarship a success!