While Travel Initiatives staff Ginny Sullivan and Saara Snow had five two-wheeled reasons to visit Pittsburgh this September, Routes & Mapping staff had a cartographic one in October. 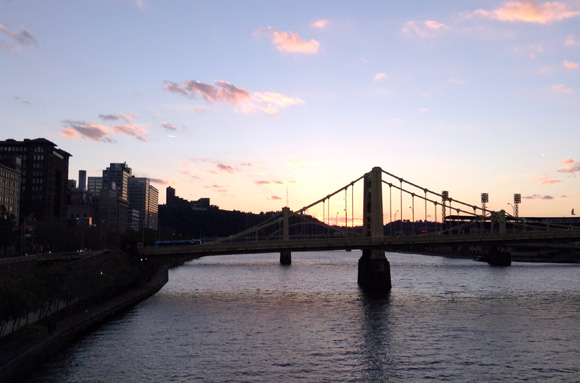 One of the multiple bridges in Pittsburgh.

As I mentioned in a recent Routes & Mapping update post, three staff attended this year's North American Cartographic Information Society (NACIS) meeting in Pittsburgh this month. We spent most of our time in a series of hotel meeting rooms learning what our fellow cartographers and GIS professionals are up to in their corners of the world. 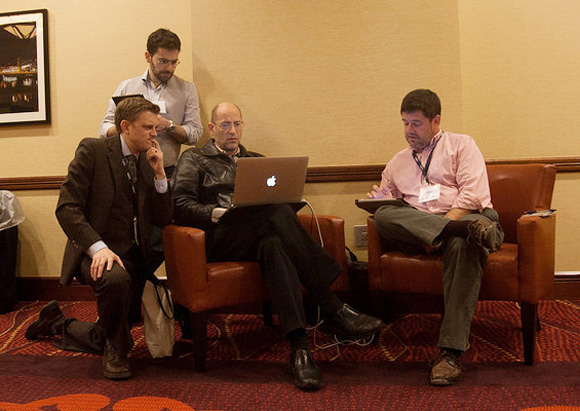 Group of cartographers conferring over the sticky issue of projections.

Every year there is a student mapping competion and this year's winner was of particular interest to us. It was a new bike map of Cincinnati, Ohio. Right on! Nate Wessel, the cartographer of this map, gave a session describing his process. He used OpenStreetMap data as well as doing on the ground research to create his award-winning map. There is a lot of detail packed onto the map from street widths to water fountain locations to the all-important-to-a-cyclist grocery store locations.

In that same session, Adventure Cycling cartographer Casey Greene shared the Idaho Hot Springs Mountain Bike Route map. He wowed the crowd with tantalizing tastes of the route via some great photography before getting into the nuts and bolts of his cartographic process. A brief discussion on font selection followed in the Q&A portion. (I think a few people had their eyes opened to the possibilities that bicycle travel presents, as well.) 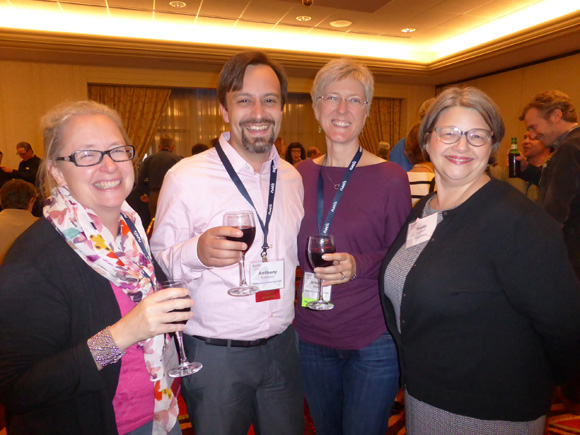 My joint presentation with two colleagues on the plusses and minuses of the online learning system known as a MOOC (massive open online course) was well received also. We were invited by the creator of our course to sit at his banquet table to continue the discussion. 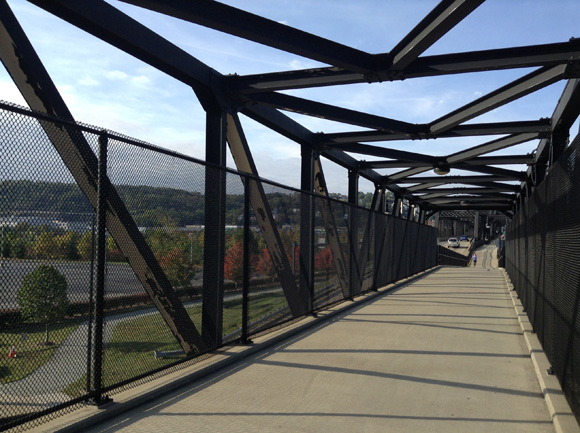 Outside of feeling inspired by all the great mapping work I saw, the fun part of the trip for me was staying over an extra day and renting a bike. I was joined by my colleage Glen to explore the city a bit on two wheels. We had perfect weather throughout the day as we pedaled the bike path to cross the Monongahela River on the Hot Metal Bridge to take a brief spin down the Great Allegheny Passage. From there we headed back up river to Point State Park and Fort Pitt Museum where the Ohio, Monongahela and Allegheny rivers meet before heading to The Strip for lunch. 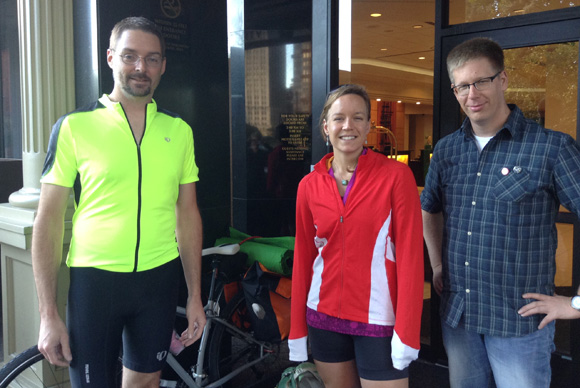 Before leaving the hotel to retrieve our rental bikes, we encountered two cartographers bound for Cumberland, Maryland. En route to the NACIS meeting from the Washington, DC area, they had dropped off a car so they could have the joy of riding back over the weekend. How fabulous is that? I had heard the day before of two others who were planning the same thing only they were going all the way back to DC! In addition, Glen and I also met two cyclists in Point State Park who were embarking on their first-ever bike tour riding the GAP to DC. Their excitement was palpable as they pedaled off. 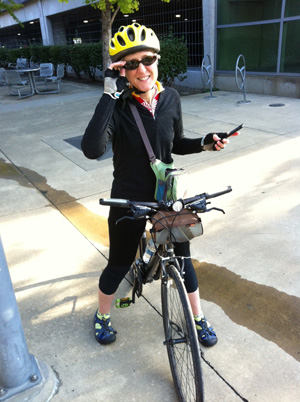 How great to unexpectedly find bicycle travel connections on a cartographic trip! Maybe there was more than one reason to be in Pittsburgh in October.