The following is a guest post by Patrick O'Grady.

Adventure Cycling's Josh Tack is busily cranking out a four-part roundup of all the nifty items he unearthed at this year's Interbike trade show at the Mandalay Bay Convention Center in Las Vegas. I don't have the stamina for that sort of project — I'm still coughing out secondhand smoke from my daily strolls through the Luxor casino — but I thought I'd mention a few bikes I wouldn't mind seeing in my garage should Santa decide against all evidence to the contrary that I've been a good boy this year.

So, here's my personal podium from the show, along with a half-dozen other possibilities you might consider if you're in the market for new machinery. If you like what you see and want to learn more, stay tuned — you're likely to see one or more of these bikes reviewed in Adventure Cyclist magazine come 2014. 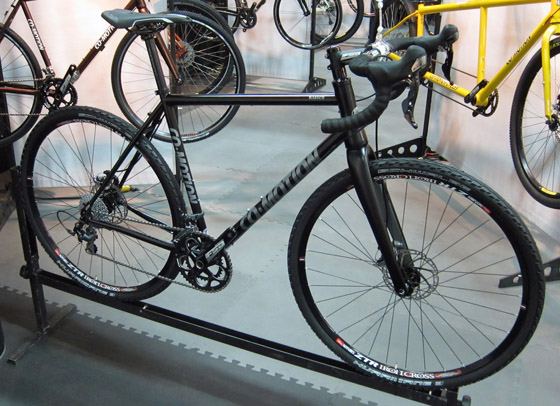 The Klatch was first to catch my eye in Las Vegas. As Josh notes in his first recollection from the show floor, it's a "gravel grinder" — a niche item that slots in somewhere between a cyclocross bike and a touring bike — and boy, was this one ever a beauty. You know it's a good one when Co-Motion co-founder Dwan Shepard orders one for himself.

The Reynolds 853 frameset can run 40mm rubber and carry three bottles, and Co-Motion's jet-black show model was nicely spec'd; among the goodies was a set of 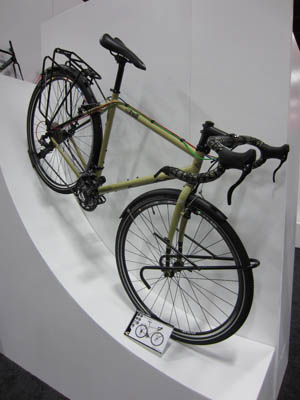 The Hobo starts with Columbus Cromor tubes, then adds an FSA Alpha Drive Trekking triple crankset with a nine-speed Shimano Deore drivetrain, Microshift bar-end shifters, bosses for three bottle cages, tubus racks, fenders, clearance for 45mm rubber, spare-spokes holder, and (gasp!) Tektro cantilever brakes! What's not to like? Bonus: The bar tape sports coded symbols that hobos use to communicate with one another, such as "kind lady," "camp here" and "hit the road quick!"

Santa Fe's Bicycle Technologies International (BTI) is distributing the Hobo, and I expect it will be an insanely popular piece of machinery with the go-anywhere, do-anything crowd, if only because of the price: $1,850 complete. Yeah, I didn't believe it either. But BTI's Cinelli USA brand manager, Chris Blumenstetter, says it's no joke. 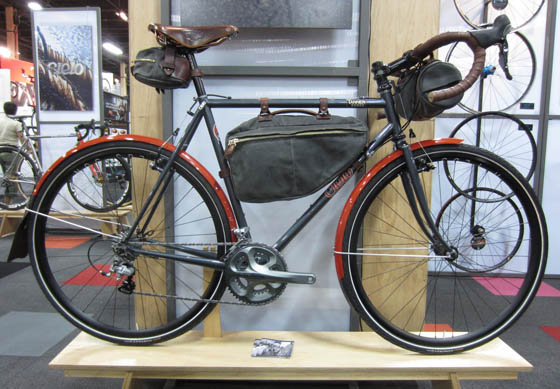 It's a work of (mostly) American art on wheels, and it's rolling out the door — marketing manager Dylan VanWeelden says Chris King has shipped a half-dozen so far "with many more orders coming down the pipes." Expect your Cielo Tanner Goods Edition to ship within 60 days of ordering. 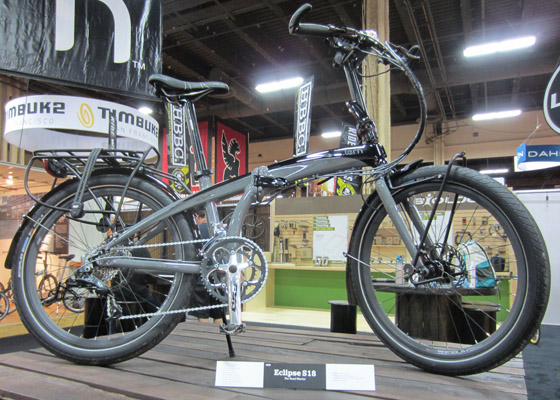 Other bikes worth a look:

PATRICK O'GRADY has written and cartooned about cycling since 1989 for Velo News, Bicycle Retailer and Industry News, Adventure Cyclist, and a variety of other publications.