Adventure Cycling Association is excited to announce the winners of its 2013 Bicycle Travel Awards!

The Bicycle Travel Awards celebrate the individuals and groups making bicycle adventures possible. Support can come in a myriad of forms, from route creation to a hot shower, and these awards are Adventure Cycling's way of saying a big, collective ‘THANK YOU!’

The Braxton Bike Shop Award is named in honor of the inaugural winner, the Braxton Bike Shop. In addition to servicing the repair needs of hundreds of long-distance riders, Sam Braxton hand built beautiful custom touring and expedition bikes and wheels designed for the rigors of loaded touring. His wife Shirley offered gracious hospitality that made the shop complete. This award honors bike shops throughout the nation that go out of their way to provide unique services to bicycle travelers. A long-standing commitment to providing touring equipment & gear, skilled mechanics, and great services are hallmarks of the winning bicycle shop. 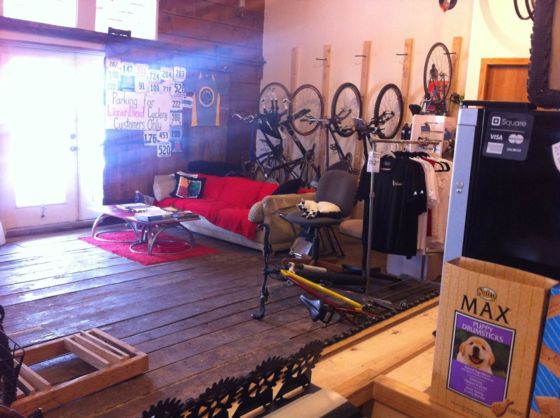 The recipient of the 2013 Braxton Bicycle Shop Award was Lizardhead Cyclery of Dolores, Colorado, for the incredible care and attention with which they serve their customers. Located on the Adventure Cycling Western Express Bicycle Route, Nicholas Jones’ shop, opened in 2012, is stocked with new and used parts and offers tremendous technical knowledge. Jones welcomes any and all touring cyclists, giving their repairs priority, spending all the time needed to fix up their bikes properly, and guaranteeing his work by promising to provide roadside service to cyclists, or pick up any stranded cyclists, between Dolores and the next town with a bike shop. Jones dispenses fine advice with regard to saddle sores, brakes, and bikes. “Nicholas took my bike and immediately got to work, first repairing my spoke, then diagnosing a bent axle and a broken brake caliper,” said Lizardhead Cyclery’s nominator. “He spent two hours working on my bike, dispensing free advice all along the way. He then charged me just $25, and immediately went to work helping two other cross-country touring cyclists.”

The June Curry Trail Angel Award is named in honor of June Curry, the famous Cookie Lady of Afton, Virginia. From 1976 until her passing in 2012, June assisted more than 11,000 cyclists on the TransAmerica Trail, sharing with them her hospitality, her home, and from time to time, a few cookies. In this spirit, the Trail Angel Award honors a generous individual or group encountered during a bicycle tour that makes the cyclotourist’s journey easier, or possible, by helping the cyclist through an act of goodwill. 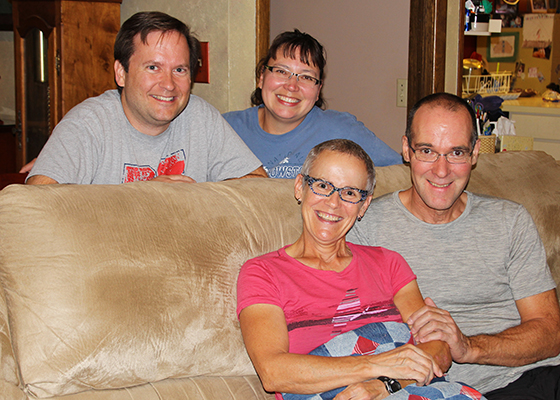 The Suter Family with Denise and Charles Blanchard 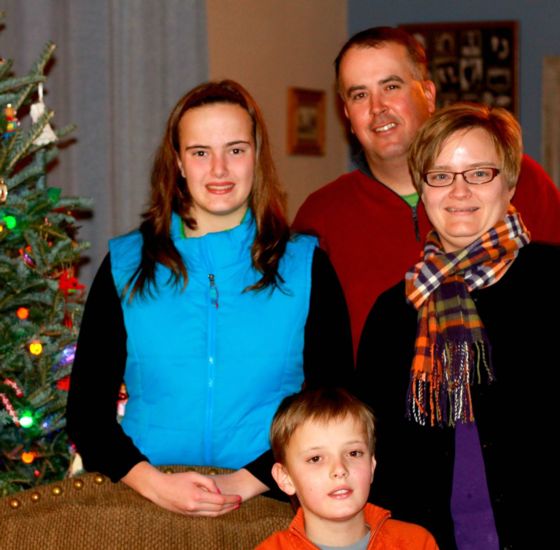 The 2013 June Curry Trail Angel Award went to Meagan and Clark Baldwin and Carmina and Rodney Suter of Newton, Kansas. When a bad fall left Denise Blanchard and her husband stranded at the hospital in Wichita, Kansas, separated from their bicycles and gear, the Baldwins, who had hosted the Blanchards the previous night, picked them up at the hospital, found their bicycles and gear, and arranged for them to stay with the Suter family for two weeks while Denise recovered from her injuries. Denise Blanchard explained, “The Baldwins and the Suters opened their homes to us during my recovery. We will be forever grateful for their generosity and kindness. After the accident, we thought that our tour was over, but the fact that they did all they could to encourage and help us gave us confidence to continue the tour. Rodney Suter even gave us a lift to St. Louis, Missouri, after two weeks, so we could catch up on our schedule. I was able to get back on the bike and we continued our tour! These people are the kinds of trail angels that make a real difference for cyclists like us.”

The Pacesetter Bicycle Travel Award is named in honor of Charlie Pace from Columbus, Ohio, who has devoted over 40 years to creating and supporting bicycle travel opportunities. He was a key promoter and supporter for both the Tour of Scioto River Valley (TOSRV) and Adventure Cycling Association. He has devoted his life to creating opportunities for people to get on their bikes and have fun. This award recognizes individuals, groups, businesses, and organizations that have consistently demonstrated extraordinary commitment, dedication, and service to the advancement of Adventure Cycling’s mission of inspiring others to travel by bicycle. This can come in the form of creating safe bicycle touring routes, getting kids to enjoy multi-day bicycle trips, inspiring others through large multi-day events, and more.

The recipient of the 2013 Pacesetter Bicycle Travel Award was Chris Kegel of Hales Corners, Wisconsin. Chris has been a leader in bicycle advocacy over the course of the last 40 years. This year he organized a cross-country bike ride to celebrate his 60th birthday leading 12 riders, all over age 60, from Astoria, Oregon, to Portland, Maine, in 60 days. By supporting local cycling clubs and teams, offering event sponsorship and ride support, and serving on the boards of multiple cycling advocacy groups, Chris Kegel and his bike shop, Wheel & Sprocket, have created a bigger awareness of what is possible, accessible, and enjoyable by bike, and have done an amazing amount of work to advance cycling in the state of Wisconsin and nationwide. “Chris partners with Wisconsin Bike Federation, sponsoring many events and meeting with local, state, and national legislators to discuss the future of biking and how national and state funds should be allocated for biking,” said his nominator. “Chris has been instrumental in opening the once-closed John Muir Trail system in Southern Kettle Moraine State Forest for mountain bikers, and he has helped develop the Oak Leaf Trail system, one of the nation's finest urban trail systems, for cyclists. By choosing to be involved with the future of biking for all, Chris Kegel has set a pace that will be used as a standard for bike advocates for generations to come.”

Adventure Cycling Association has a history of individuals contributing their time, skills, and passion to help us inspire people to travel by bicycle. Thanks to our great volunteers, who have donated tens of thousands of hours to us over three decades, we’ve become the national leader in bicycle travel. Our way we show our appreciation is by honoring a Volunteer of the Year! 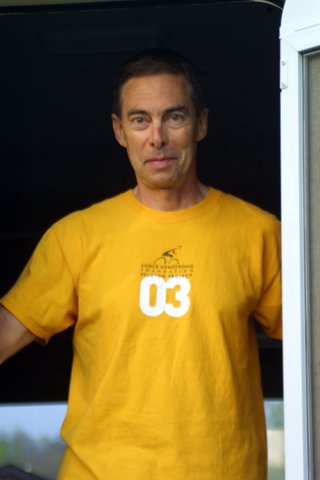 The 2013 Volunteer of the Year Award went to Bruce Porter of Austin, Texas. Porter’s work on the 2008 re-route of Adventure Cycling’s Southern Tier Bicycle Route made for a safer route between Austin and Bastrop. In 2012, Bruce contacted Adventure Cycling about another proposed Southern Tier re-route, offering a new route from Kerrville to Bastrop that takes cyclists through Austin. Porter provided all the information needed for making changes to the route. “Thanks to Bruce Porter’s help and initiative, the Southern Tier Section 4 map will soon have new routing between Kerrville and Bastrop, a 160-mile stretch,” said Routes and Mapping Director Carla Majernik. “The route will no longer go around Austin, with an alternate into the city, instead it will follow a bike path through the city. This new route will be safer and more pleasant for all concerned. It’s been a pleasure to work with Bruce. He’s been very responsive and thorough in his research.”

The Adventure Cycling Awards program began in 2003 as a way to recognize organizations and individuals who are doing extraordinary things in the name of bicycle travel. We are always on the lookout for bicycle-travel heroes. If you would like to know more about past winners and how to nominate someone, visit www.adventurecycling.org/awards.