When Life Member and Tour Leader Steve Powell wanted to make a donation, he had some unique criteria.

He wanted to pay membership fees for every year between Adventure Cycling’s start in 1976 to when he became a member in 2006. My job, as development coordinator, was to dig through old Adventure Cyclists (then called BikeReport) and find the memberships rates for each year. 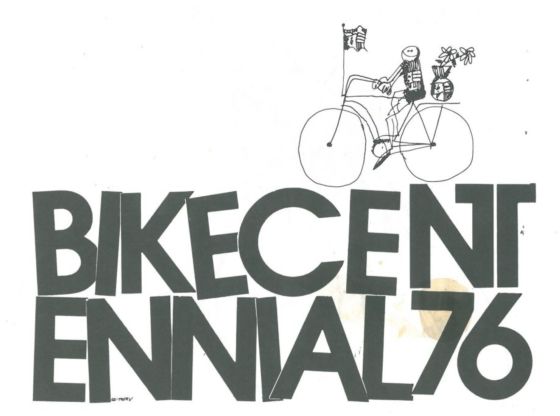 Apparently, of that $5 almost all was going to pies, pizza, and beer.

And some turned to this:

9. Along the way, there were bears, dogs, and thieving pack rats.

8. There were some poems written along the way.

6. And there were a few car/bike interactions. 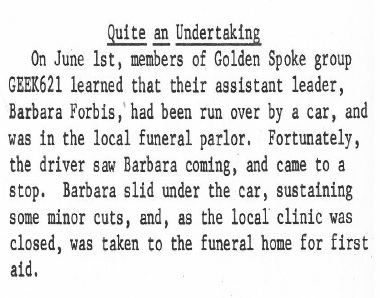 5. There were environmentally-minded folks on the trip and a few amateur archeologists. 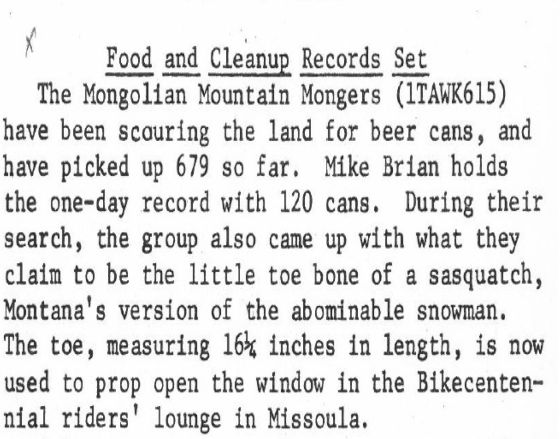 Unfortunately, the toe bone has been lost in various moves but it is most likely in the basement or under a pile of papers on Greg's desk. 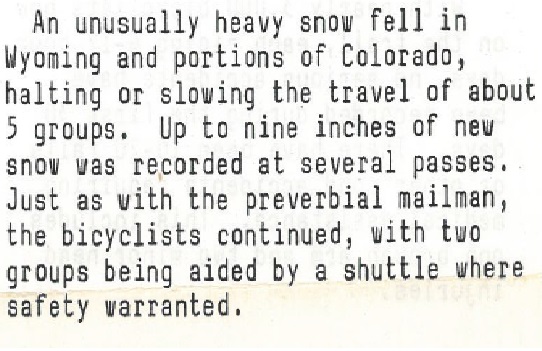 3. If the snow didn’t dampen your spirits, maybe the dysentery will. 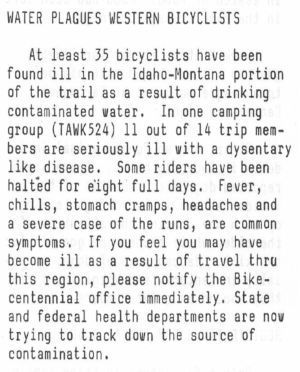 2. How should you celebrate the country’s 200th birthday when biking across the country? Ride a mile for every year! 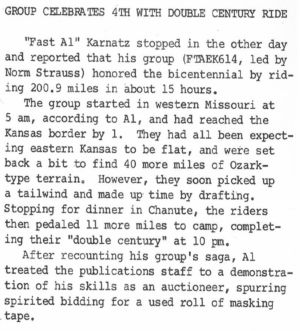 1. Each group carried a ceremonial golden spoke that was then threaded onto the golden wheel in Pueblo, Colorado. But as always on a bike trip, everything you carry should have more than one purpose.

Feeling nostalgic? In case you haven’t heard, our 40th Anniversary is next year! Help us celebrate in Missoula!

Interested in making a donation like Steve Powell? We'll do the heavy lifting of calculating the yearly member prices between 1976 and when you joined Adventure Cycling. We'll even give you the student rate for the years you were in university! Email me at acypher@adventurecycling.org

all illustration by Greg Siple

I was a member of ITAWB608, I was 17 at the time and rode from Oregon to Virginia. Had a great time and will always cherish the memories. I still have my Peugeot PX-10 that I rode across on.

My favorite people along the way - Lazy Louie and the Cookie Lady!

Really bummed that I can't get the photos to load! Suggestions??

Hi, Dolly- you can now see the photos! Sorry about that!

My brother, friend and I rode the 76 trail, Astoria to Yorktown, as independents(not part of any group). We consumed more calories than can be counted but I still lost 16 pounds on the trip. Don't remember missing too many Pizza shops or beer halls and our tab came to about $8/day. Best $8 dollars I've ever spent.

I remember the the first Bikecentennial as I head friends who went to it.

We (1TAEK531) rode a westbound century in Kansas on the Bicentennial and passed the double-century group around 10am on July 5th, all still sleeping at their campsite (well deserved!).

wondering if that was "Stormin Norman"???? we were excited to meet our "sister" group in Kansas...we did....they'd didn't seem to be in a partying mood like we were!!!! (1ftawk51976}...Chris locke was a master at finances....we got a refund on our last day...we ate well....set records at Quatrros in Carbondale for pizza and beer...rode hard...consumed massive calories!!!