Behind the Scenes: 3 States Working on the USBRS

When we talk about the USBRS, we often look at the whole huge picture - but the work to designate routes actually happens at the local level, one community or road jurisdiction at a time. Thanks to a committed network of transportation officials and community volunteers, we’re proud to share that work is moving forward to designate or improve U.S. Bicycle Routes in 40 states.

Below, we’re highlighting three states you might not know are working on USBR designation.

How:
A dedicated group of stakeholders met regularly to discuss criteria for choosing the best route and ways to help communities become better hosts to traveling cyclists. They even scouted the top contenders to make notes about pavement conditions and available services. They are now in the process of securing the necessary support from each community and road manager.

How:
In 2019, North Dakota DOT updated their 20-year statewide active transportation plan - and released plans to designate five U.S. Bicycle Routes and also improve the safety of those routes. As of spring 2020, NDDOT is moving forward with designation and will begin gaining local community support by connecting with impacted jurisdictions. 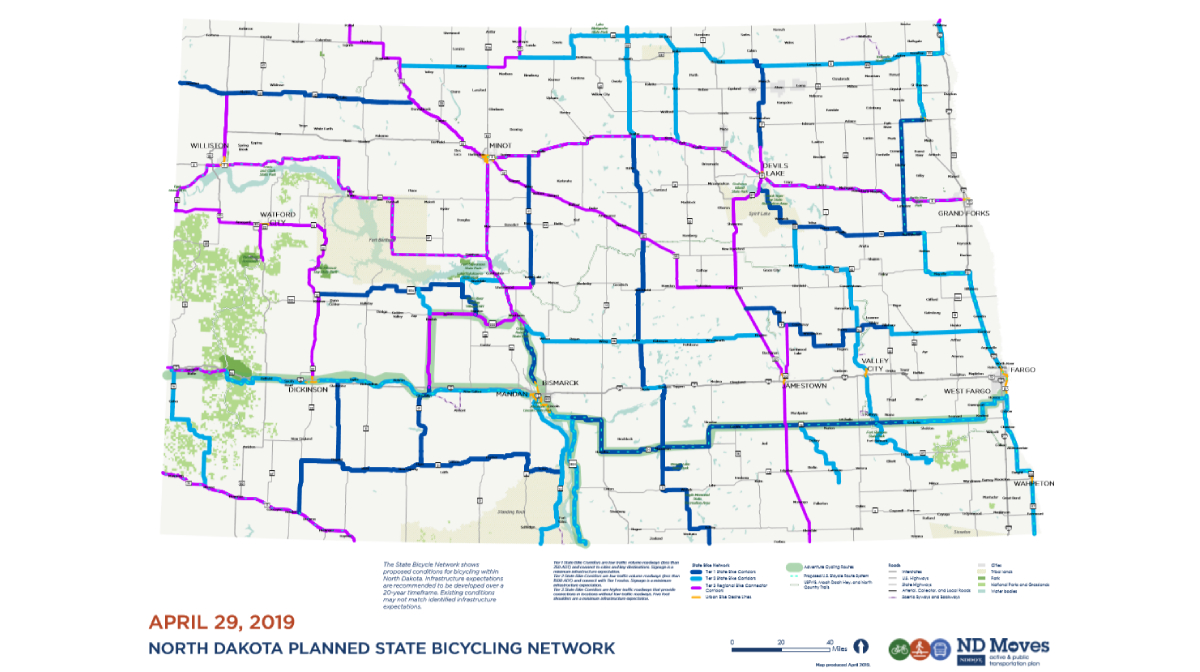 How:
Volunteers began reaching out to communities in December 2019; and, as of spring 2020, all but two jurisdictions have finalized their support. The route will utilize existing state bike routes and will be New York’s first U.S. Bicycle Route. Once all jurisdictions have signed on, NYSDOT will be able to work through the final steps of securing internal agency support and finalizing the application.

Because there’s so much happening at any given time and we hate playing favorites, we’re also sharing a few honorable mentions:

And, last but definitely not least, AASHTO is scheduled to approve new U.S. Bicycle Routes in late May. While routes aren’t official until they’re voted on, we’re excited to welcome several new additions! Stay tuned for the route announcement in a few weeks.

The USBRS is growing thanks to the support of donors like you. Make a donation today!