The Supreme was the first Evolution line Marathon and now in its second generation the new OneStar compound makes it even faster. With the new profile it not only looks good, but also rolls more nimbly than ever before. Folding bead. 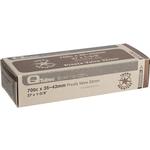 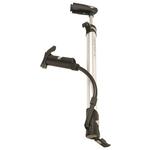 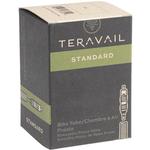 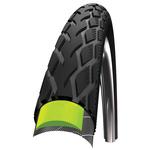 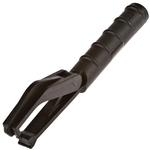 My recent 450 mile tour demonstrated that these tires are too light, puncture prone and way too expensive to be used as a touring tire. At best they might be a commuter tire. I was worried as I put these brand new tires on the rims without having to use the levers. They appeared very light and flimsy. On the first morning, I had a flat caused by a small piece of glass. The second day I had a flat in the other tire caused by a piece of steel wire. That is not indicative of a quality touring tire. Over the week with 15 riders, I was the only one with flats. Coincidence? Not likely. I previously used Marathons on a cross country trip without any flats. I have no confidence in this tire and will not use it on any tours. The tires are very costly , as much as some car tires and definitely not worth the money. Buy the marathons. Very disappointing for a Schwalbe tire.

I used this tire on the trans-am in 2015 and was very satisfied with the performance. They are quick rolling in comparison to the marathon plus line that is quite heavy and feels sluggish to me. I did experience a few flats with this tire after around 3500 miles, but in my opinion flats are not the end of the world like a lot of people make them out to be. Would definitely recommend these tires.

Great tire for loaded touring. I rotate tires every 500-750 miles as the rear tire tends to wear quicker due to its heavier load. By doing so I am still riding this set with over 4,000 miles and zero flats! Good width for gravel/dirt detours.

Did the Northern Tier last summer, starting in mid-May from west to east. One ruined rear tire due to a high speed runnover of a concrete nail that took out the tire and gouged the rim. No other issues, and my tires outlasted three other riders, with room to spare. It doesn't get any better than this for long tours.

Good tire that is light , but only good for hard surfaces. They also make a funny sound over 20 k/h I use them mainly for hacking around and change them over to XR's for loaded touring.