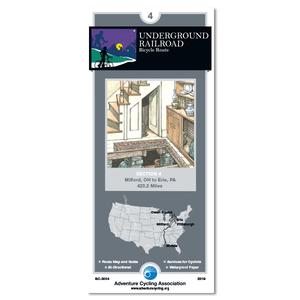 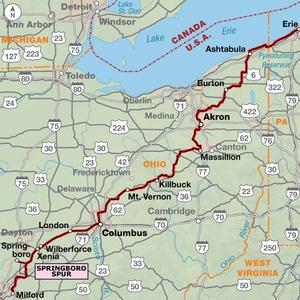 From Milford north to Xenia, you will cycle along the Little Miami Scenic Trail. One of the longest paved rail-trails in America, it offers fifty miles of the most enjoyable cycling you will experience on the Underground Railroad Bicycle Route. The trail parallels the Little Miami State and National Scenic River, creating the additional option of stashing your bike for a day and checking out the same scenery by canoe. The majority of the roads in Ohio are rural in nature and tend to be excellent for bike touring, with smooth, high quality blacktop. You'll travel through many small towns where traffic will increase during commuting hours. In Wilberforce, an unincorporated community just northeast of Xenia, you will find the National Afro-American Museum and Cultural Center. The route travels through Ohio's capital, Columbus, and temporarily deviates from the Ohio to Erie Trail to follow the Olentangy Trail through the city. Continuing northeast on the Ohio to Erie Trail, it passes through the small towns of Mt. Vernon, Millersburg, and Massillon. In Akron, the route navigates efficiently through the urban hub entirely on traffic-free bike paths. Learn about abolitionist John Brown, and see the house he lived in between the years of 1844 and 1854. Ashtabula County occupies the extreme northeast corner of Ohio. Best known for its numerous wineries and beautiful covered bridges, the area held some three-dozen Underground Railroad safe houses. Here you will ride on the Western Reserve Greenway, a linear park following the former right-of-way of the PennCentral Railroad. A dozen Underground Railroad interpretive markers line the twenty-seven miles of the greenway claimed by Ashtabula County, identifying such sites as the Hubbard House, which is situated adjacent to Walnut Beach in the city of Ashtabula. The safe house was considered a northern terminus of the railroad, as escaped slaves would go from there by boat across Lake Erie to Canada. It is now home to an Underground Railroad museum that includes a map showing the locations of all known Underground Railroad stations in the area. 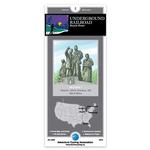 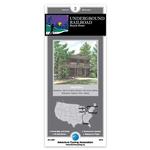