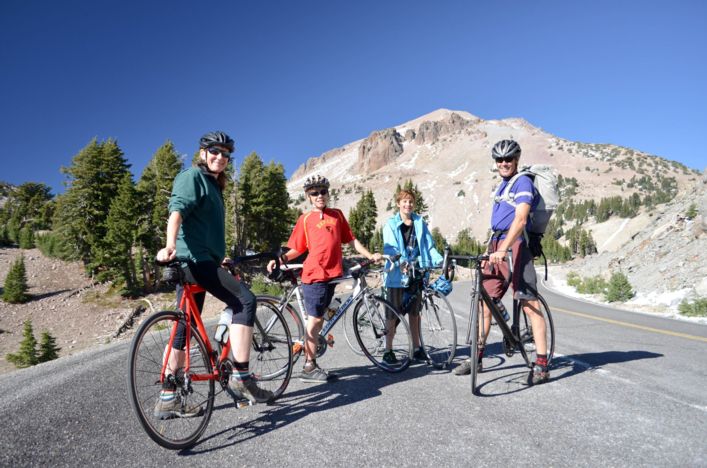 Bicycle tourism is a concept that many people don't know or understand, so it's important to build support through education and outreach in your community. Start with the basics, and make sure to share powerful and compelling stories and case studies. This introductory information is included in the Tourists on Two Wheels series of brochures, which you can download and print from Bicycle Tourism Resources.

What is Bicycle Tourism?

Bicycle tourism can encompass many things, but has been defined by the Path Less Pedaled as “any travel-related activity for the purpose of pleasure which incorporates a bicycle.” Most types of bike tourism fall under these main categories (which often overlap), and can include road, gravel and mountain biking:

Bicycling is one of the fastest growing types of outdoor recreation and tourism nationwide. It's estimated that 48 million people bicycle recreationally per year, contributing $96.7 billion per year to the economy (2017, Outdoor Industry Association). Bicycling also contributes to better community health and related savings, less congestion, environmental health, and happier people.

Bicycling as a form of tourism is one of the primary ways that communities can capitalize on sustainable economic development opportunities. Many studies have measured the economic benefits for communities, states, and specific trails and found significant impacts. Nationally, bike tourism accounts for an estimated $83 billion in trip-related spending, which doesn't even count gear sales (2018, Outdoor Industry Association).

For a list of economic impact studies, visit our Economic Impact page.

Bicycle travel is particularly beneficial for rural communities. Touring cyclists tend to seek out low-traffic, scenic rural roads that are off the beaten path. They are pedal-powered and travel more slowly, resulting in longer stays in a region as well as more spending for services. Data from a Montana study* shows that touring cyclists spend 40% more compared to the average motorized tourist, due to their slower pace.

Who Are Bicycle Travelers?

It is important for communities, especially decision-makers and businesses, to understand that touring cyclists are the kind of tourist you want to attract. Sometimes misunderstandings of who bicycle travelers are can lead to negative and unwelcoming perceptions.

These demographics* are specifically for touring cyclists (not including other types of bike tourism). The numbers may vary depending on which study you reference, but they all similarly indicate that:

Bicycle travelers tend to be geotourists - interested in experiencing the distinctive characteristics of a place, including its culture, landscape, history, and the well-being of its residents (as defined by National Geographic). They tend to prefer to spend locally, make meaningful connections with locals, and explore off the beaten path.

What Makes a Bicycle Tourism Destination?

The key to attracting bicycling visitors is ensuring that there is somewhere enjoyable for them to ride. Your community may be along a regional or cross-country bike route with low-traffic roads, a long bike path or rail trail, a network of mountain bike trails, or an urban historic district with separated bike lanes. Implementing a long-distance trail has shown time and again to revitalize the communities along it, especially if there are additional efforts to build bike tourism, like establishing a trail towns program.

However, this doesn't mean you need to have the best biking infrastructure in place to become a destination. A cultural, historical, or scenic attraction that your area is known for, like wine country, the Great Lakes, or Route 66, could draw visitors who want to experience it by bike. Or you could organize an event tour or race, or work with an existing one to come into your community. But if you're starting from scratch, one of the best options to establish your community as a destination is by working with your state's Department of Transportation and/or bicycle advocacy group to designate a U.S. Bicycle Route. Becoming part of the U.S. Bicycle Route System puts your community on the national map with an officially recognized, numbered, and signed bicycle route.

Get started with How to be Bicycle Travel Friendly, and check out Bicycle Tourism Resources for more destination development information.

*From the Montana study: Analysis of Touring Cyclists: Impacts, Needs and Opportunities for Montana