What We Saw At Interbike: The Best from Vegas

Each year the cycling industry descends upon Sin City to show off its new wares. 2016 marked a very good year for adventure cyclists, with trends towards larger tires, well-executed touring bikes and more luggage options than ever before. Attempting to see all the new offerings in Las Vegas is virtually impossible, but a few pieces of gear stuck out from the crowd — here are a few that show promise for the year ahead. 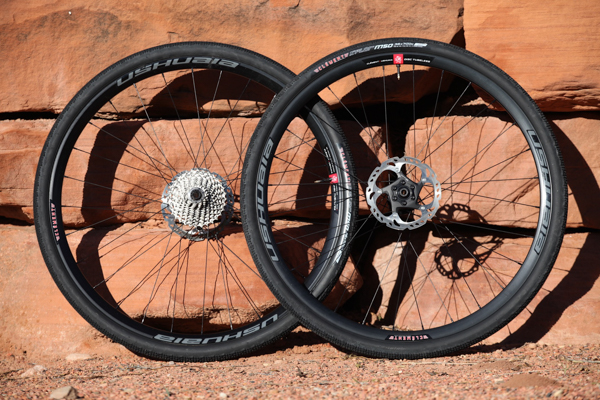 Clement has produced some of the best tires for adventure, mixed terrain riding for several years. New for 2016 is a set of wheels to go along with them, a natural progression for the American company. Called Ushuaia, the wheels are 700c tubeless ready designs for use on disc brake bikes. Selling for a very affordable $650, the wheels have a nice, wide internal dimension of 23mm, come in both six-bolt or Centerlock rotor mounting and employ hub flanges angled to ease strain on spoke heads. We had a chance to ride the wheels over three days of hard riding during Clement’s Beehive media ride, taking in pavement and rugged, rock-embedded dirt roads along the way. Even after repeated rim hits they remained true and we experienced no flats in the process of this mild wheel abuse. 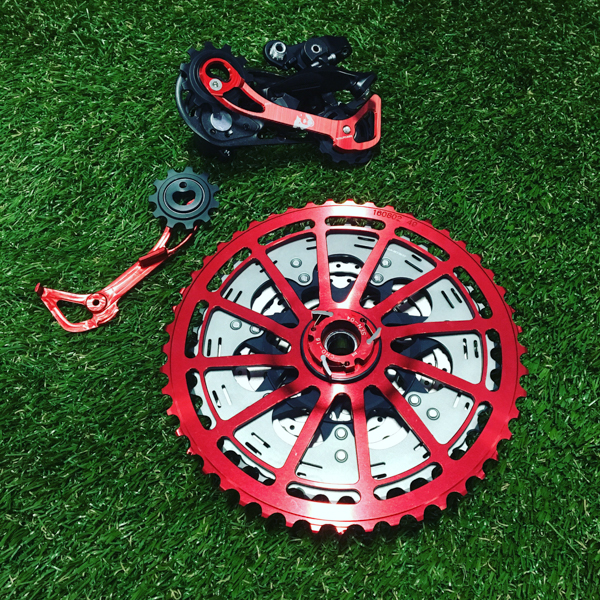 Keeping up with the Jonses isn’t easy but Wolf Tooth has a way for Shimano 1x11 mountain bike group owners to achieve gearing similar to SRAM’s new 1x12 Eagle group. Its new 49T Giant Cog and WolfCage derailleur cage kit converts your bike from an 11-42T Shimano cassette into a wider range 11-49T. It does this by removing the 17 and 19-tooth cogs, replacing them with an 18T and adding the huge 49T pie-plate cog at the back. Meanwhile a clever rear derailer back plate with a special upper pulley changes the placement of the top pulley to accommodate the wider range and larger cog. The kit runs $125 and a qualified mechanic can install the entire thing in under an hour. (Note that you may also need a longer chain when moving to the larger cassette.) 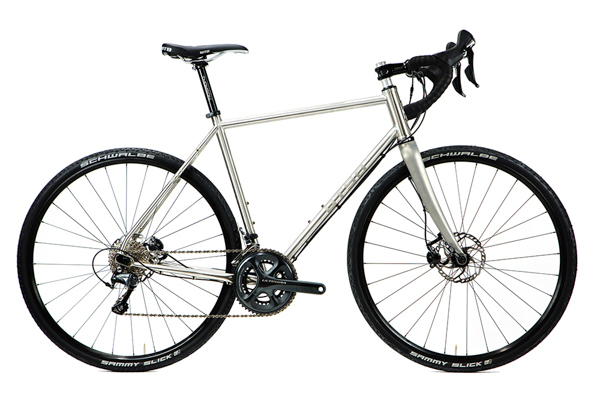 A new bike brand launched two new models just before Interbike and showed them proudly in Vegas. Developed by the engineers at Wolf Tooth, Otso is based in Minnesota and its name comes from Finnish mythology, referring to the bear spirit.

The Warakin is a stainless steel dropbar bike with large tire clearances, three bottle cage mounts, and fender and rear rack braze-ons. Nimble enough for cyclocross racing yet stable enough for gravel exploration or light touring, the Warakin looks like a winner. 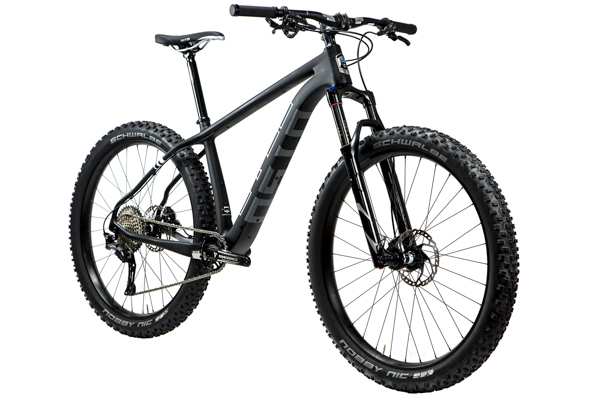 The Voytek is a clever mountain bike model offered by Otso. It is a carbon fiber frameset that will accommodate fat bike wheels and tires (26 x 4.6in), 27.5 x 3.0in mid fat (also called plus size) ,and 29 x 3.0in. It does all this while maintaining a Q factor — the width between pedals — which is quite a bit narrower than a typical fat bike. The Voytek has dropper post routing, modern slack geometry, and a versatility that is rare in the cycling world.

Both models use Otso’s Tuning Chip rear dropout system. It allows the rider to adjust the chainstay length and simultaneously lower or raise the bottom bracket for either more nimble or more stable handling. 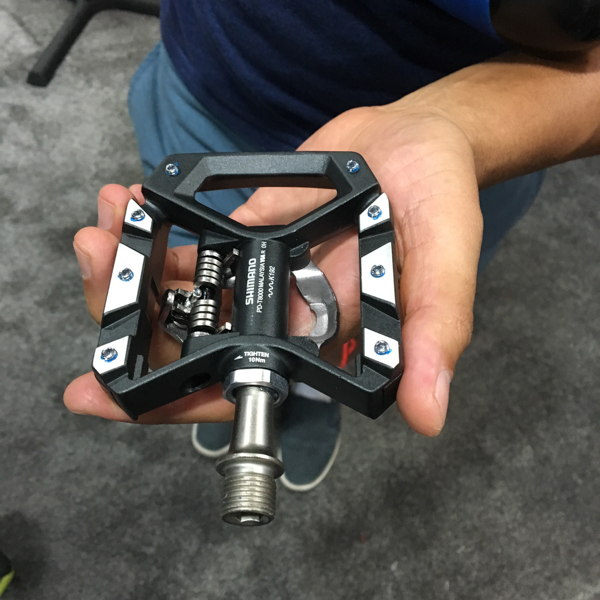 For touring and commuting, a single sided clipless pedal with a platform on the underside is a great option. We liked Shimano’s previous version but the platform was too slippery to be used in wet or off-road conditions. A welcome update brings the same engagement mechanism we love, exceptional bearings, and — crucially — a larger platform with pins for added traction, a small change but an important one. 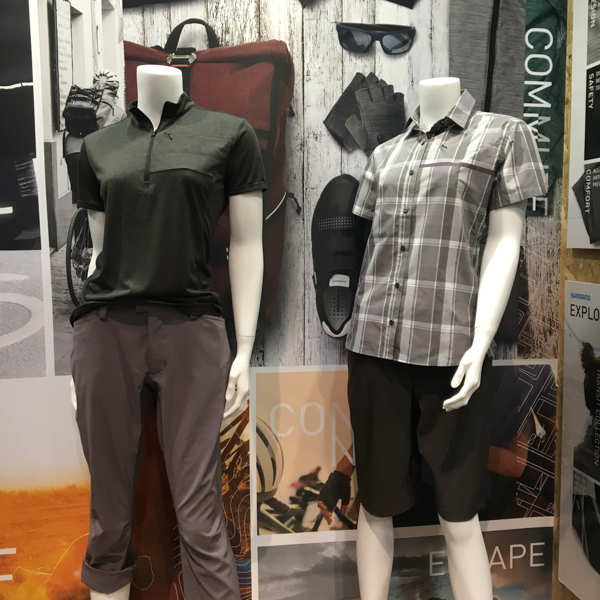 Also on display in the Shimano booth was its updated Explorer clothing. There is a shortage of technical cycling clothing that keeps its wearer looking somewhat human, but Shimano’s new line accomplishes it in style. We look forward to trying some in the coming months. The line seems to offer apparel with the commuter and touring cyclist in mind, sticking with a low key aesthetic in lieu of brash colors. 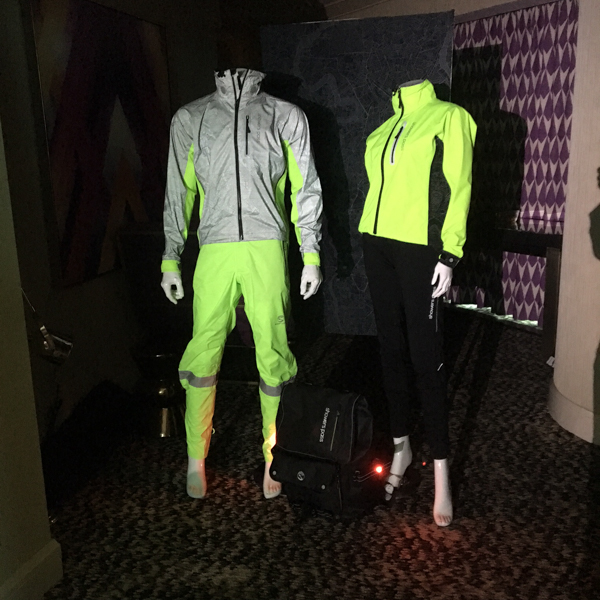 Showers Pass is a longtime favorite for touring cyclists and hardcore commuters thanks to its commitment to robust rainwear. New for 2016 is the Hi-Vis Torch Jacket. It brings a new level of rider visibility to the company’s range with waterproof, stretchable, yet highly reflective materials and integrated red LED lights. Selling for $325, according to Showers Pass the new jacket retains excellent breathability while offering the peace of mind that comes with increased visibility. 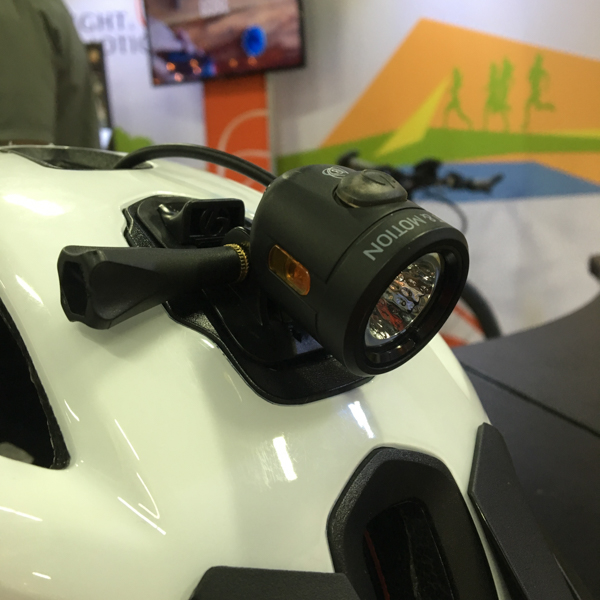 For adventures that extend beyond daylight hours, Monterey, California-based Light & Motion showed off its new Imjin headlight. It packs a powerful punch into a small package with 800 lumens on offer. Whether mounted on your helmet or your handlebar, the model uses a GoPro interface. The system is also IP67 waterproof and the small headlight weighs a paltry 67 grams (not including battery pack). 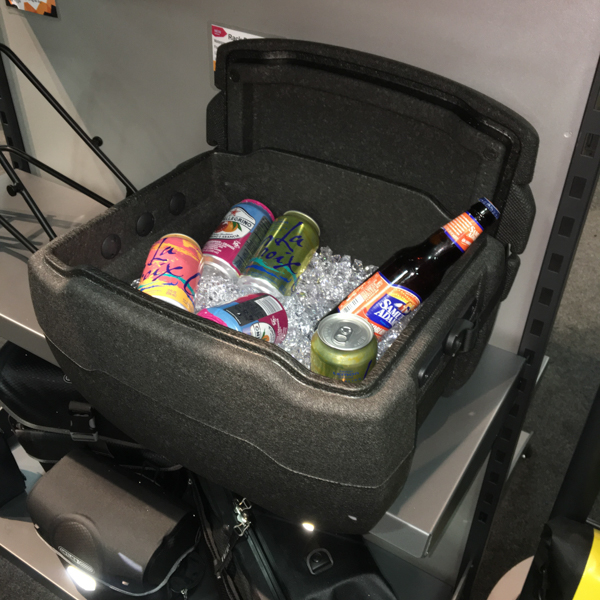 For those of us who use bicycles as transportation as well as a form of recreation, Ortlieb has a fun new way for cyclists to combine the two. Its Rack Box is an insulated rear rack box that will keep its contents cool while riding home from the grocery or heading for a picnic. It will sell for $140 and will become available in January. 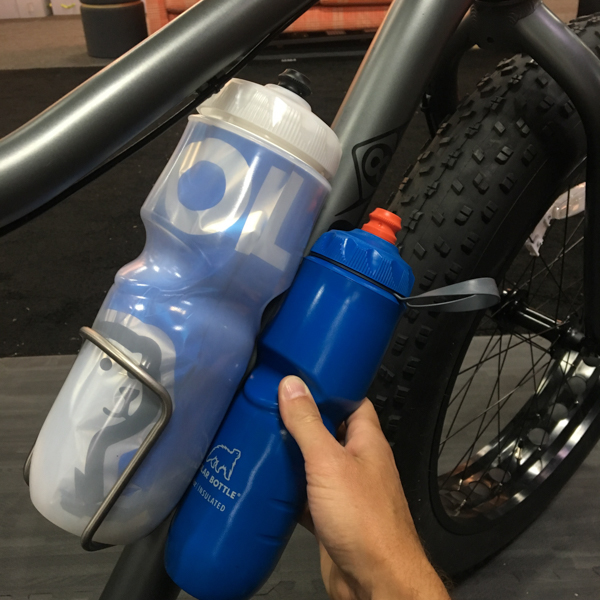 Carrying enough water can be tricky in arid or remote areas. Polar has made insulated bottles great for both winter and summer use for quite some time. New for 2016 is the Big 42, an oversized bottle that carries well over a liter. Of course the larger size also means that this bottle won’t fit into a standard cage, but Polar is working on a solution for that. In the meantime there are several adjustable cages on the market that may carry the behemoth bottle. In any case, an insulated, oversized bottle is the holy grail some cyclists have been seeking. 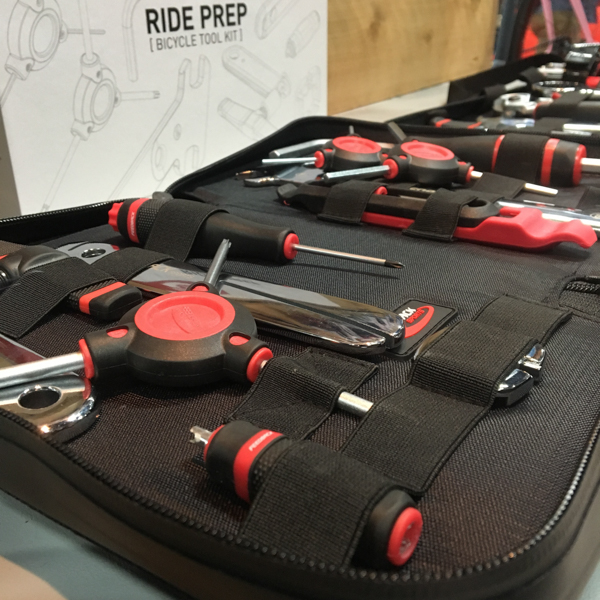 As the maker of some of the best repair stands in the business, it was natural for Feedback Sports to expand into the tool market. This was no rush job though as Feedback Sports took the time to develop its tools working with a quality manufacturer. Sold individually or in several kits, Feedback’s new tools are just as suitable for home mechanics as they are for the pros.

Nick Legan is the technical editor of Adventure Cyclist. He can be reached at nlegan@adventurecycling.org.