Surfing the Aisles at the Sea Otter Classic

The Sea Otter Classic has become a hot spot for new product releases each spring, and while walking around under the California sun a sharp-eyed bike traveler can find plenty to like among the crammed aisles full of bikes, accessories, and plenty of eBikes (full disclosure: I used to work for the event as a contractor). Here are a few things that stood out as Adventure Cyclist lapped the expo area.

The distribution giant was back at Sea Otter in full force with new bikes from Salsa, All City, and Surly. Surly, notably, has been on a tear of late with what seems like an entire line refresh. The new-ish Midnight Special gets a full review in the June issue of Adventure Cyclist and was on display, as was the brand’s new Bridge Club all-rounder bikepacking/touring rig and a brand-new “bar bike,” the Lowside. 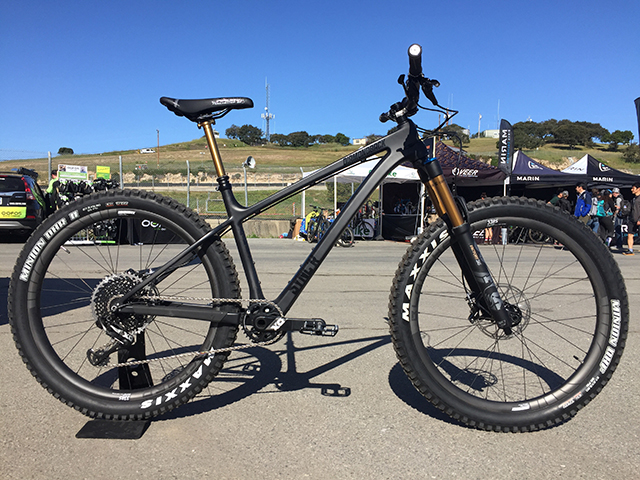 Sea Otter has always been a mountain bike–heavy event, back to its days as a stop on the long-defunct NORBA circuit, and knobbies still dominate at the expo. In addition to the usual hard-charging, enduro-style full-squish bikes, plenty of manufacturers are turning an eye toward bikepacking-ability with hardtail and softtail models that combine more modern geometry with backcountry capability. Diamondback showed a carbon Sync’r hardtail that pro Eric Porter has reportedly been taking out on bikepacking trips, and it’s easy to see why. The plastic fantastic frame offers fairly aggressive geometry numbers (and spec, with the show version sporting a burly Fox 36 fork) and includes triple bosses in the downtube and plenty of space for a framebag. 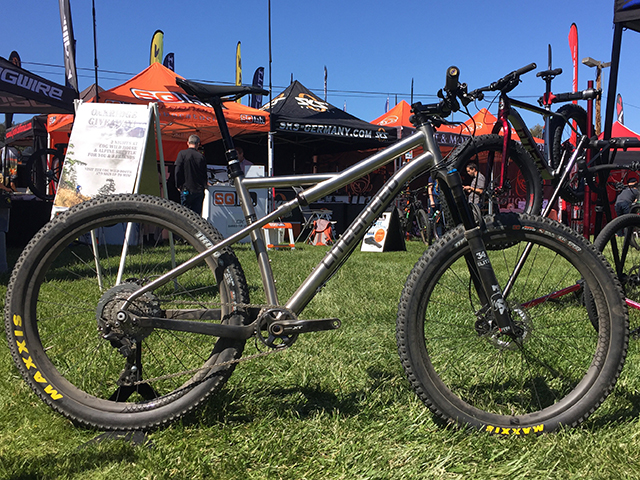 Litespeed had prototypes of a softail ti bike well suited for bikepacking and wearing a well-known name for fans of the brand — Unicoi. The frame features carbon chainstays and a Horst linkage connecting to an integrated strut offering a bit under two inches of travel.

Keeping with titanium, Why bikes brought a new Big Iron fat bike model to Sea Otter to complement the brand’s well-liked Wayward 29+ bikepacking rig. The brand’s trademark downtube shape — it goes from tubular to fairly flat as it nears the bottom bracket junction — is supposed to give a smoother ride.

Finally, Trek showed its new Full Stache, a 29+ full-squish monster truck of a bike that could probably be included on NASA’s next moon mission instead of the lunar rover. If you’re looking for an absolute bruiser, this might be it. 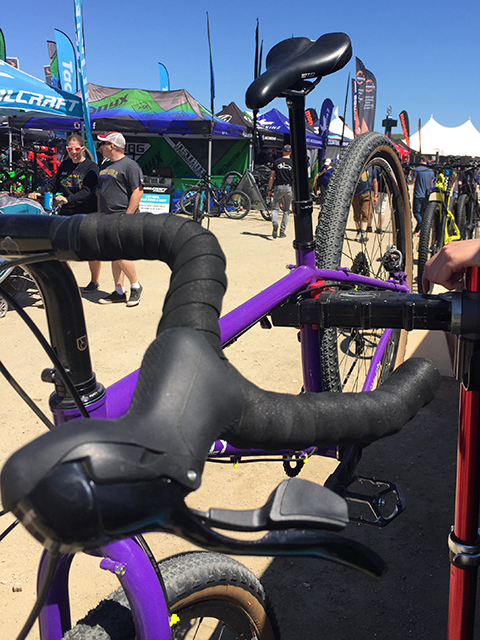 Elsewhere in the expo, Microshift had a new set of prototype brifters on display that featured the brand’s own 11-speed cassette (11–46T) and rear derailer for a 1x drivetrain. The set’s party trick was the dropper actuation in the left lever, a slick interface for anyone looking to install a dropper on a drop bar bike.

Redshift (we reviewed their ShockStop stem in the May 2018 issue) showed a new suspension seatpost, currently working its way through Kickstarter. The brand claims its main goal was to make a very functional but aesthetically less obtrusive post, and based on the very refined prototypes on hand, they achieved it. 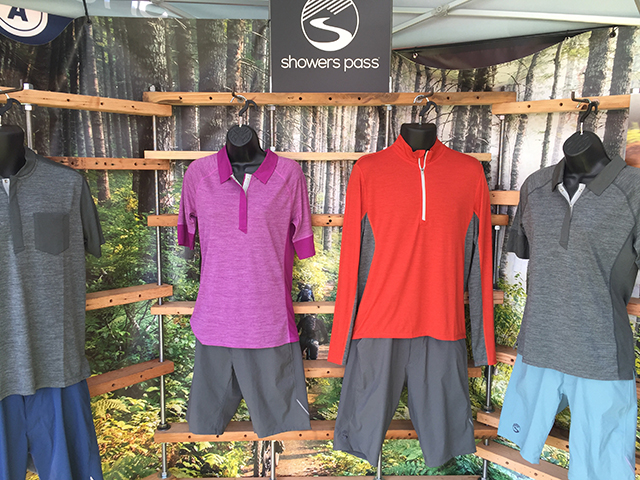 Showers Pass continues to brand out from its rainwear roots with a new mountain bike–inspired line of apparel, including a number of handsome merino-blend shirts for men and women that should appeal to bike travelers who favor a more casual look.

Revelate Designs attended Sea Otter for the first time and showed the brand’s new dropper-compatible seatbag, the Vole. Designed to work in tandem with the Wolf Tooth Valais seatpost clamp, the Vole should allow many full-suspension bikes with droppers to carry some gear behind the saddle.

And Garmin looks to replace the brand’s more basic Edge 20 and 25 units with the new 130, and also adds a 520 Plus model for customers looking for more features, including rider-to-rider messaging, a feature that can send a set of canned messages to other riders with compatible devices.

This event has been welcoming to eBikes for years, and as the technology matures (and proliferates) the number of electrified rides in the expo can sometimes seem to be nearing the number of pure pedal bikes. Big news included the launch of Yamaha’s own brand of eBikes, though the brand has been (and will continue to) supplying motors to a number of manufacturers. Another large motor supplier, Bosch, unveiled a new sleeker “PowerTube” battery that integrated into the downtube, offering manufacturers a chance to match the sleek looks of bikes like the Specialized Levo line. For touring, the Reise & Müller GT Delite (reviewed in April 2018 issue) get’s Bosch’s new sleek batteries, Raleigh brings an e-version of the Tamland (reviewed June 2015) to market in the Tamland IE.

Alex Strickland is the Editor-in-Chief of Adventure Cyclist magazine.