In early March, the 13th annual North American Handmade Bicycle Show found its way to Salt Lake City, Utah. Although the show’s name refers to the U.S. and Canada, on display were some of the finest custom bikes in the world, including several from as far away as Russia and South Korea. Over the course of three days at the Salt Palace Convention Center, show-goers were given the opportunity to meet their favorite builders and chat with them next to their impressive wares.

The show saw fewer touring and randonneur bikes than in years past, but bikepacking steeds were still popular. And while there were rumors of bikepacking receiving its own award category next year, no such prize existed this year. Instead of lamenting that, here is a look at the outstanding bicycles that heartily deserved the praise they received. There are more categories than we have space to cover here, so we’ll stick with the most popular ones. 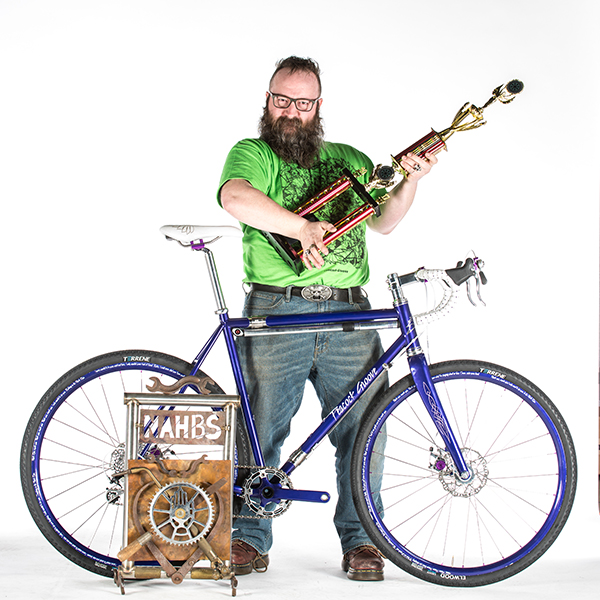 With a level of detail that is hard to convey in words, the efforts of Minneapolis-based Erik Noren in this tribute to the late Prince culminated in something truly special. The custom disc rotors adorned with The Love Symbol, matching bottle braze-ons, bright purple paint, Purple Rain logo font, and a guitar pick actually used by the famed musician on the stem are just a few of the noteworthy highlights. Built for Anna Schwinn, no stone was left unturned in this stunning bicycle. As a result, it received both Best Theme Bike and Best in Show. 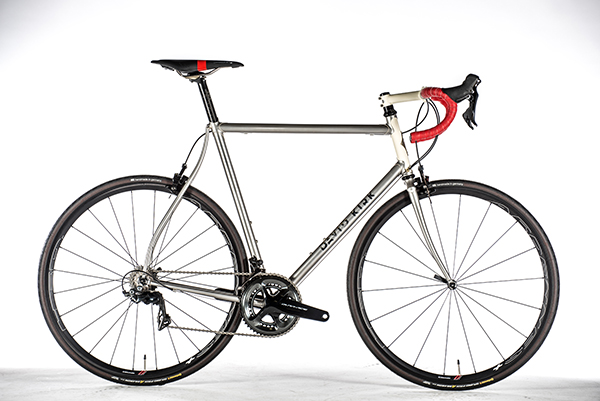 Any bike that wins Best Road Bike is sure to have stiff competition. What drew judges to Kirk’s beautiful stainless steel machine was the exceptionally clean brazing that joined the tubes and lugs. The fact that they were left bare showed that the builder had no fear in judges closely inspecting his work. Although the bike used classic construction, it also had clearance for the wider rims and larger tires that are en vogue right now. In his notes to the judges, Kirk mentioned that the bike on display was his personal machine, his first new road bike in eight years. Expect to see this stellar bicycle on the roads near Kirk’s Bozeman, Montana, workshop. 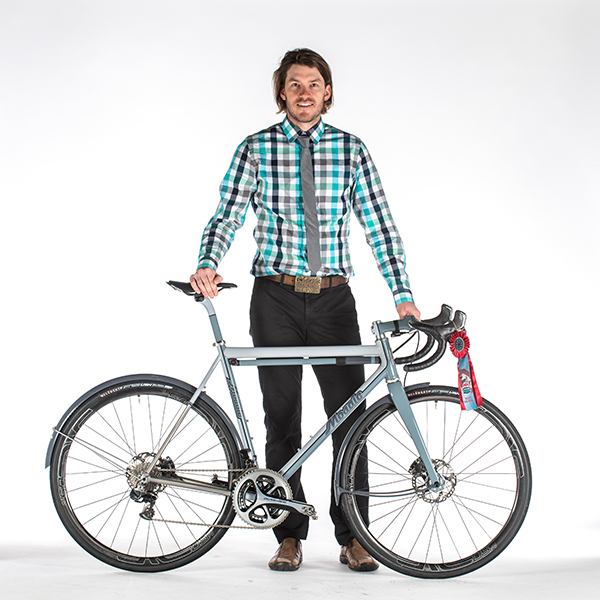 Aaron Barcheck is the man behind Mosaic Cycles. Based in Boulder, Colorado, he and his team focus on steel and titanium bicycles. Recently Barcheck acquired Spectrum Paint & Powder Works, and the resulting bicycles offer an impressively clean look that can be continued from the frame and fork to the handlebar, stem, seatpost, and in the case of his award-winning gravel bike, extended to the fenders and frame pump. Together with a perfectly executed titanium frame, carbon fork and wheels, Shimano Di2 shifting, and hydraulic disc brakes, Mosaic’s GT1 took top honors in a hotly contested category. 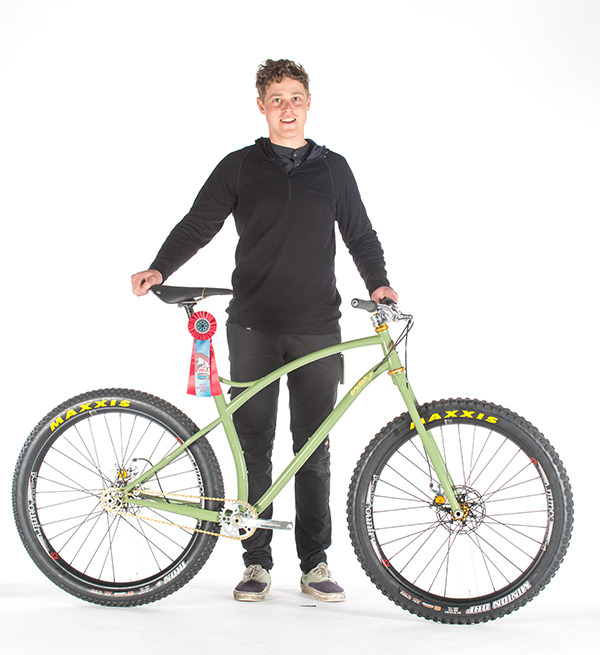 Adam Sklar, of Bozeman, Montana, may be young, but his curvy mountain bikes drew crowds. The rigid singlespeed he entered in the Best Mountain Bike category employed 27.5+ tires and a dropper post, modern touches that complimented its classic looks. The light green machine also had provisions for running a rear derailer. Adorning the bike were matching White Industries crank and headset, as well as custom Paul Component Klamper disc brakes.

Also exhibiting at NAHBS were component and accessory manufacturers. Among them were Paul Price of Paul Component and David Dean of Sinewave Cycles. Both brought brand new goodies to the show. 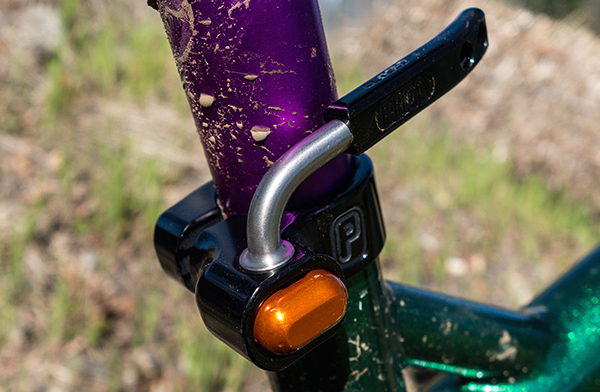 Paul showed off his new quick-release seat collar. In typical fashion, they looked fantastic, matching the aesthetics of other Paul components, and bring top-quality function along for the ride. The new QR collar will sell for $53 and comes in black, silver, blue, and purple, and in 30.0, 31.8, and 35.0mm diameters. While Paul’s parts may be a bit more expensive than other options on the market, they are lovingly built to last in Chico, California. 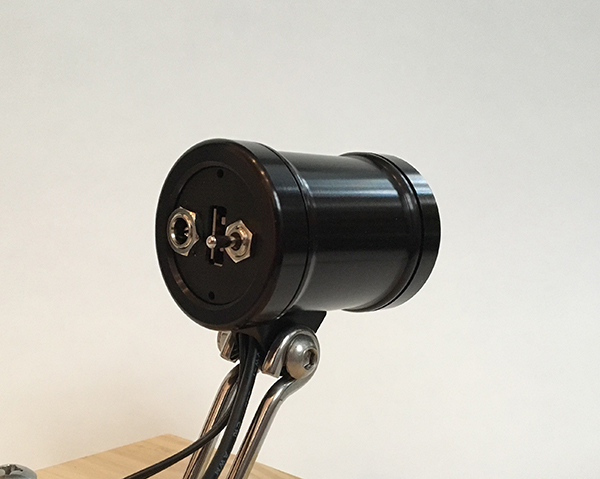 Sinewave Cycles showed off a really clever new dynamo-powered headlight that incorporates a USB charging port for accessories, a switch, and a power input port into its tidy package. With 750 lumens on offer, the light is plenty bright enough even for off-road riding. The ability to charge your phone or GPS device is also very handy. But what really sets this light apart is the power input port. You can plug in an accessory battery pack (like those used to top up your smart phone) so that you have maximum light even at very slow speeds. During the day a cyclist could charge the accessory battery and then use it at night to increase visibility. Super slick!

Nick Legan is the Technical Editor of Adventure Cyclist and has been a NAHBS judge for many years.