Know Before You Go: Cycling Cuba 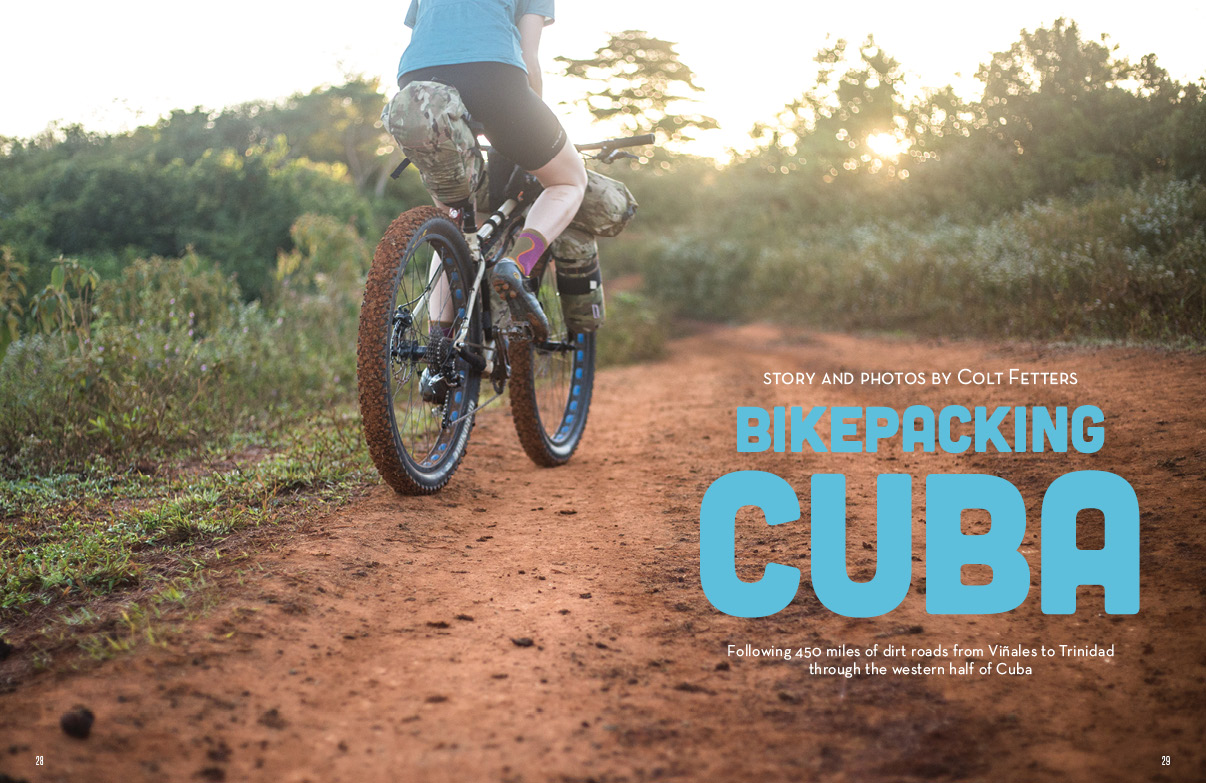 The December 2017/January 2018 issue of Adventure Cyclist features Colt Fetters’ adventure bikepacking across Cuba as the cover story. As we were producing the issue, the U.S. State Department issued a travel warning, and a few weeks later (after the issue had printed, but not yet mailed) the regulations limiting travel to the country for U.S. citizens were updated.

Long story short: traveling to Cuba is a moving target. We asked tour operator Cuba Unbound’s founder Peter Grubb for a little insight, but you can (and should) visit the Department of Treasury’s FAQ on traveling to Cuba and keep an eye on the U.S embassy in Cuba's site before making plans.

Adventure Cyclist: Is Cuba Unbound still able to take customers to Cuba for a bike tour?

Peter Grubb: Absolutely! We are operating as normal. The new U.S. regulations really don't impact group tours such as ours going under the People-to-People category.

AC: Do new regulations have a big impact on people who might want to go to Cuba and ride self-supported?

PG: Yes and no. For Americans, there are 12 categories of allowed travel to Cuba. It's no longer possible for people to go as individuals under the People-to-People category. However, our reading of the new regulations is they can go under the “Support for the Cuban People” category as long as they spend their money in the private sector. That means staying at casa particulares, eating at paladares, using private taxis, etc. It would be important for a person to understand the regulations and keep a good journal of their itinerary, which requires, namely:

In accordance with the NSPM, OFAC is amending this general license to require that each traveler utilizing this authorization engage in a full-time schedule of activities that enhance contact with the Cuban people, support civil society in Cuba, or promote the Cuban people’s independence from Cuban authorities and that result in meaningful interactions with individuals in Cuba.

AND  The traveler’s schedule of activities must not include free time or recreation in excess of that consistent with a full-time schedule in Cuba.  For a complete description of what this general license authorizes and the restrictions that apply, see 31 CFR § 515.574.

So the balancing act is having the full-time schedule while also finding time to ride.

AC: What's your advice for someone who really wants to tour there — how do you make it happen while staying on the right side of the law, staying safe, and still have a good time?

PG: By far the simplest way is to go with an outfitter such as Cuba Unbound that operates fully legal tours for Americans. Our scheduled tours include bikes, transportation, meals, and accommodations as well as professional guides.  In addition to scheduled tours, they can arrange custom tours for people wanting to bring their own bikes. In addition, a tour opens doors to connections with various Cubans it would be hard to arrange on one’s own.

If a person wants to travel on their own they need to have a good understanding of the Office of Foreign Assets Control (OFAC) regulations and make sure their itinerary complies with those regulations. Beyond that, once in Cuba, the roads are fairly bike friendly (some more than others, of course) and the people welcome cyclists. Public transport is run by the government so using it wouldn't be allowed under U.S. regulations, plus it’s few and far between. So it would be best to plan a trip that started and ended at cities with airports. In short — and in theory — a do-it-yourself trip could be done, but it wouldn't be easy.

Peter Grubb is the founder of Cuba Unbound and has spent six months in Cuba over the past few years.