Hitching Up a New Burley

I’ll be straight with you — I’m not a trailer guy. But while testing Burley’s new Coho XC, I came to understand the appeal. To wit: for an overnight in the woods, I tossed into the trailer a load of firewood, a six-pack, a chair, a big bag of chips, a burrito, a few bottles of water, and my usual tent, sleeping bag, and sleeping pad. The durn thing wasn’t even full. Kitchen sink, indeed.

A suspended, single-wheel bike trailer, the Coho’s design is broadly similar to the venerable BOB Ibex. Both sport a 16-inch wheel and have a maximum load of 70 pounds, but the Coho XC stands out with a few key differences. 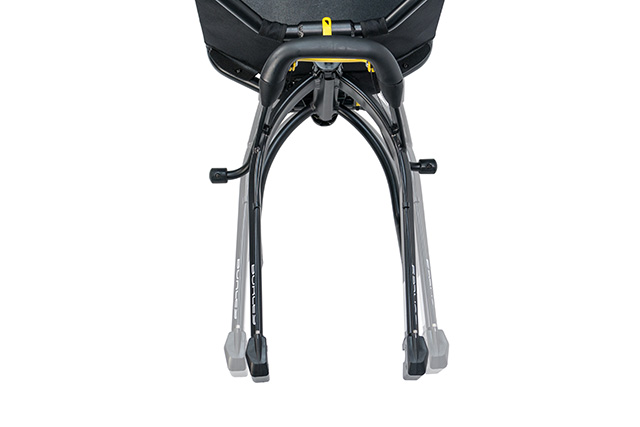 First, the yoke is adjustable to accommodate different axle widths and features a quick-release handle so you can attach and detach the trailer in a split second. Second, the Coho is compatible with 12mm thru-axles thanks to Burley’s unfortunately named Ballz system. Third, the Coho XC has a kickstand, one that is adjustable for different wheel sizes. Yet another feature of the Coho will be especially significant to off-road users: the trailer’s wheel can take a tire as wide as three inches, which could be handy on sandy roads and trails. And for those who bring the kitchen sink and more, the Coho can take a rack and panniers.

The best part of touring with a trailer might be the easy packing. Instead of meticulously dividing everything among several bags or panniers, you just toss everything into the trailer, snug up the net, and go. Towing a heavy load was a bit of a drag, as I’d expected, but descending a bumpy trail at speed was disconcerting — it felt like the Coho was driving me instead of the other way around. I probably should have slowed down.

The unit Burley sent me was its photo mule — a handmade preproduction model, according to Jay Tuttle at Burley — and as such it had a few quirks. For example, the axle on which the yoke rotates wasn’t quite right; with the quick-release properly tight, it would bind. Loosening the quick-release helped, but then I worried the quick-release wasn’t tight enough. The coil shock had a bit of a squeak, which grated on the nerves during longer rides. Also, there were a few spots that had been hastily painted, but that’s a minor cosmetic issue. Tuttle assured me that there haven’t been any reports of these issues on production models.

If you’re in the market for a single-wheel, bikepacking-friendly trailer, the Burley Coho XC should definitely be on your list. No one feature of the Coho is revolutionary, but to see them amassed in a complete, coherent package is enticing. You might even say that the Coho really hauls the mail.

Dan Meyer is the Staff Writer at Adventure Cyclist.