Geared Up: Spring is in Sight 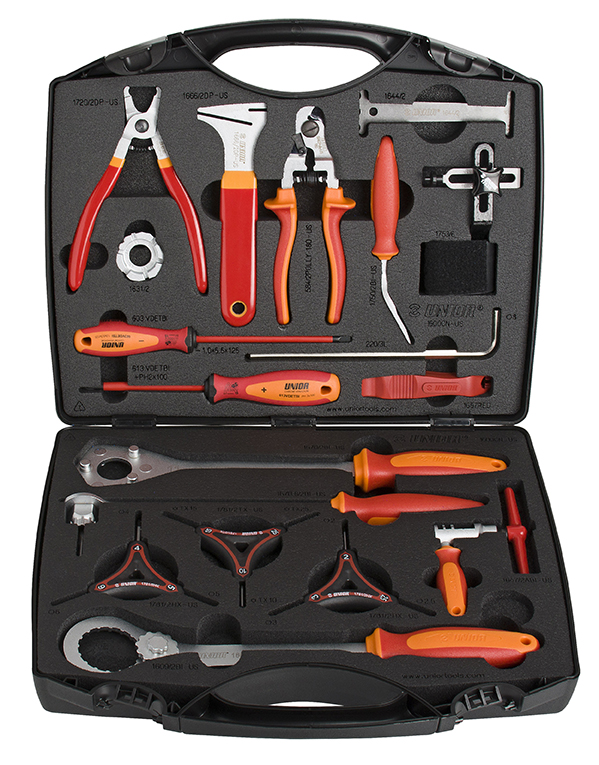 From the day I took apart my BMX bike to figure out how it all worked, I’ve considered myself a mechanic. So I’m a sucker for a good tool kit. Unior, a longtime European toolmaker, is new to the United States, but with quality kits like the one reviewed here, you’re sure to see more of them. The Pro Home Set packs a lot in for less than $350, with many of the tools needed on modern disc brake bicycles. I especially love the cassette removal tools, the portable wheel and rotor truing gauge, and the three-way Allen and Torx wrenches. Made in Slovenia in five different factories owned by Unior, each wrench is made to last. Ferrari, Audi, and other automotive manufacturers already commission Unior for many of their tools. It’s nice to see such quality in a cycling specific line. While the Pro Home Set is not a comprehensive kit, it’s one heck of a good start for any home mechanic. –NL 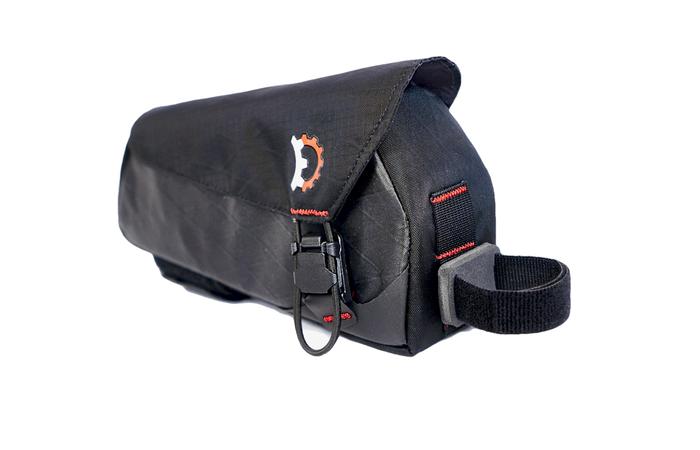 Eric Parsons of Revelate Designs can be credited with popularizing the use of bikepacking-style soft bags. Whether circling the globe or commuting to work, Revelate has a bag that will help you schlep your gear. The new Mag-Tank is a top tube bag for snacks, your phone, keys, or other items you want secure but easily accessible. The Mag in the name refers to its magnetic closure that makes one-handed opening and closing easier than zipper models. A yellow interior helps you see where smaller items have come to rest, and a rubberized top tube strap keeps the bag from moving around. Highly recommended. –NL 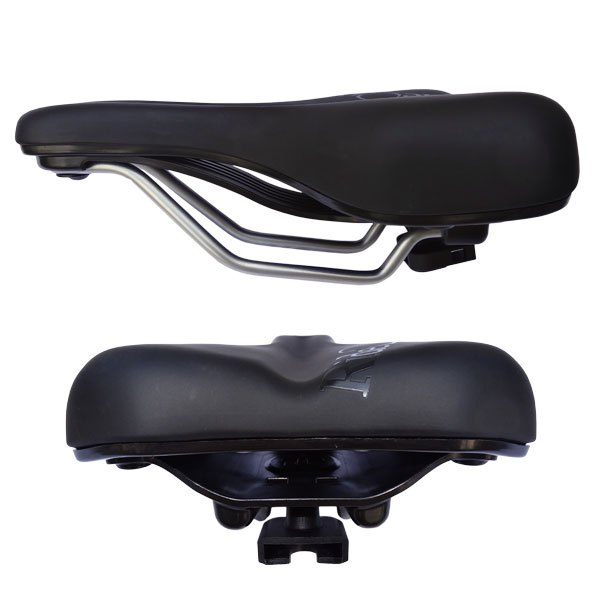 As the years go by, most cyclists develop fierce brand loyalty — or brand hatred — when it comes to saddles. I’m a WTB rider, but I test a few other perches each year. The Challenger from Boise-based RideOut is one of the most unique I’ve seen.

Shaped roughly like a traditional mountain bike saddle, the Challenger is billed for bikes with flat bars and features a short and stout shape compared to most. That’s partly due to a “double crossbow” baseplate acting almost as a second set of saddle rails to absorb vibration. The slightly wider rear and shorter nose provides a stable base while still offering enough of a nose to feel familiar.

The Challenger is undeniably cushy — a little too much foam for my liking on rough trails, but quite comfortable on uneven but spin-able surfaces. And while I can get by with something a bit narrower, the wider shape still tapered enough not to interfere with my pedal stroke.

My one issue with the saddle was the height. I’m relatively short-legged and run dropper posts on all my mountain bikes, which means I often have the post slammed as low in the frame as it will go. The higher “stack” height on the Challenger meant my saddle was now too high and necessitated a switch back to a standard post that I could insert farther into the frame. If you’re not running a dropper and/or are willing trim a bit of post length in the case of a curved seat tube or other impediment to compensate for the extra 3/4in. of height, the Challenger could be just the comfortable option you’re looking for.  –AS

I’ve largely abandoned clipless pedals in the last six years in favor of flats on both trail and tarmac. No, they’re not quite as efficient, but I love that they forced me to reckon with bad habits on singletrack and allow me to walk into a cafe straight off the bike without feeling like I’m destroying flooring or balancing on an ice cube.

Like many, I’ve ridden Five Ten shoes exclusively since making the switch. Aside from regular street shoes, there simply aren’t many other options. I’ve long been a fan of Pearl Izumi’s X-ALP series for touring with their combo of walkability and SPD performance, so the brand’s entry into the flat market immediately caught my eye.

The Launch looks like a no-frills tennis shoe, but it’s packing a Vibram sole underneath and a more techy upper than your standard trainer. The sole is two-tone, with hard-wearing sections on the heel and toe and a softer compound underfoot at the pedal zone. The uppers are seamless with venting over the toe box and a traditional lace-up design. While not as stiff as a clipless shoe, the Launch is stiffer than a running shoe so power transfer is decent and foot fatigue is low.

Riding in sloppy, cool conditions, I’ve been impressed by the Launch’s water resistance and warmth, though I suspect in mid-summer a rider who runs hot might find them on the toasty side. The uppers, especially the tongue, started a little stiff but have broken in nicely for a comfortable fit easily dialed with the laces.

The sole is where flat shoes make or break, and the Vibram version here is a mixed bag. On the bike, grip is considerably less than Five Ten’s proprietary “Stealth” rubber, which sets the standard for pedal grip (the company pioneered the compound in its climbing shoes). The tradeoff is much better off-bike traction, whereas Five Tens tend to offer poor hike-a-bike performance thanks to a smoother tread.

All in all, with the right pedal combo, the Launch is a viable alternative for the flat pedal rider looking for an all-around touring and bikepacking flat. –AS 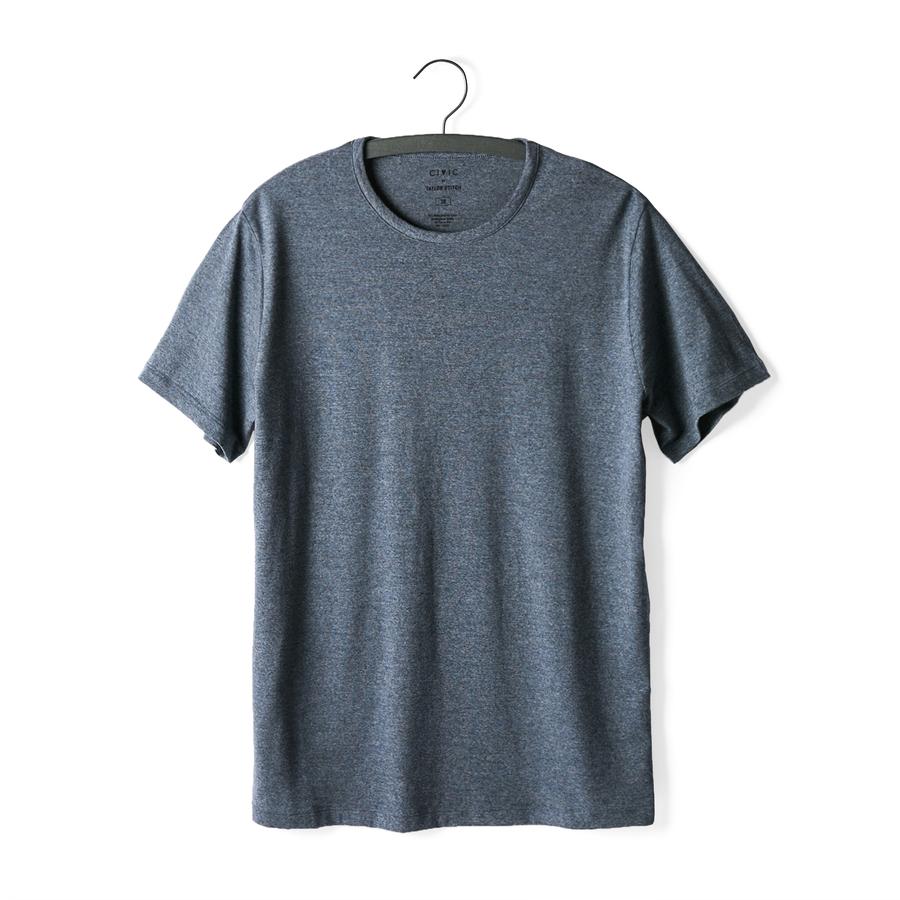 I’m an unabashed advocate for merino wool, especially on tour, and so I keep my eyes peeled for any new options on the market (and the market is changing rapidly, with stalwarts Ibex and Icebreaker undergoing big changes recently). Enter CIVIC, a sub-brand of San Francisco-based menswear company Taylor Stitch.

The Antoni Tee is a no-nonsense T-shirt featuring what the brand calls mercerized merino, a process that’s supposed to make the wool fibers softer to the touch and eliminate any itching (I’ve never experienced itchy merino clothing, but apparently it’s a concern). What I can say is that the shirt is very soft indeed and has quite a bit of stretch to it, so much so that I checked the tag more than once for Lycra. Fifty bucks for a T-shirt always feels a little nuts, but for the odor-resistance and all-weather comfort of merino I’ve come to terms with the fact that — for me — it’s worth it. My drawer of cotton tees is steadily being overtaken and the CIVIC definitely has a spot. –AS