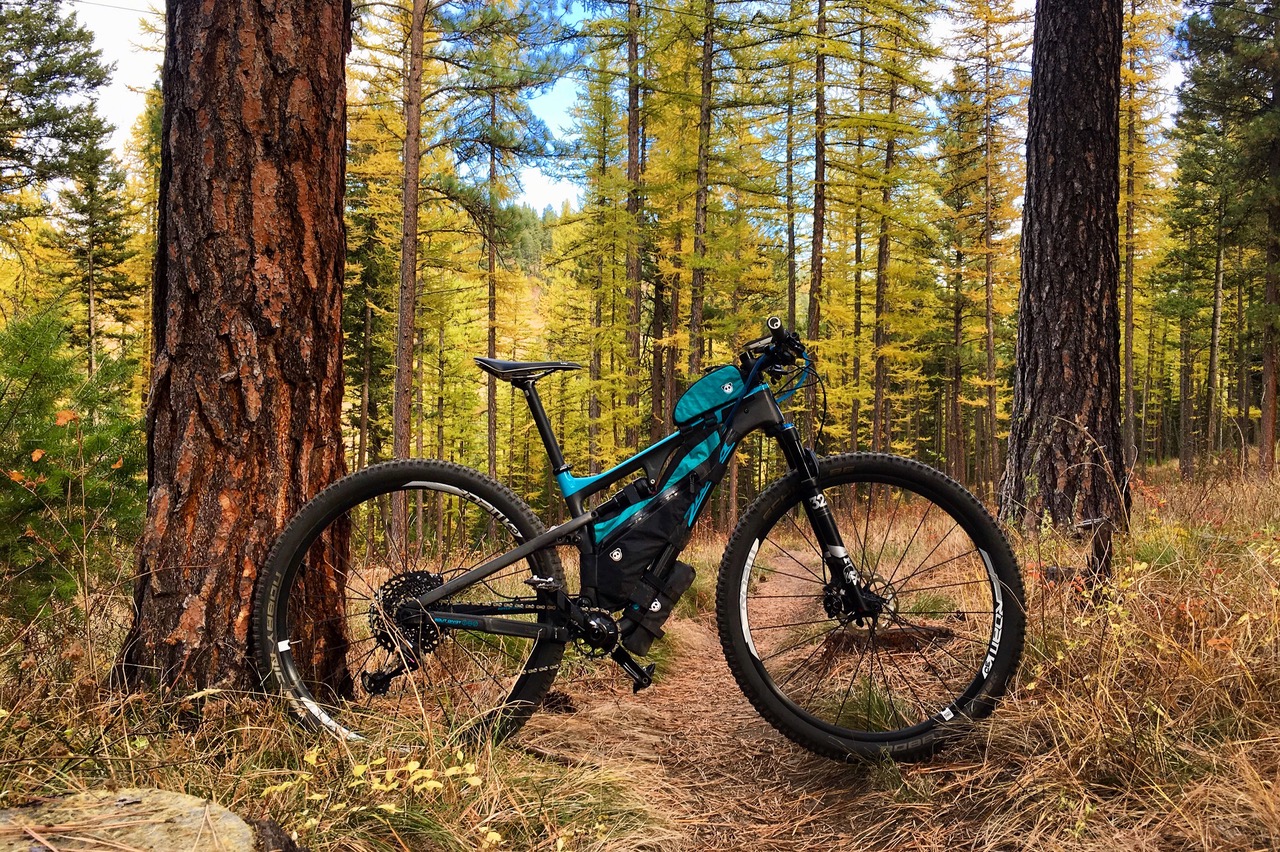 Bikepacking is hard. It’s tough to ride loaded on dirt and gravel roads. And then there’s the pack part of the equation — one size does not fit most. The diversity of bike frames, tire sizes, and packing methods out there works against the economies of scale that would make mass production of bags sensible. That makes it tough for would-be bikepackers to source bags, which makes bikepacking harder before the pedaling even starts.

Thank goodness for small-scale innovation and engineers who can sew. Working out of an unassuming garage in Flagstaff, Arizona, Rogue Panda Designs owner Nick Smolinske and his team crank out custom bikepacking bags made with a level of precision only an engineer could muster. On a recommendation from a cyclist who used Nick’s bags on the Great Divide route, I leapt at the chance to take three Rogue Panda Designs models for a spin: a custom framebag, an Alamo top tube bag, and an Oracle rolltop downtube bag. As eager as I was to test the bags themselves, I was also keen to see the results of Nick’s unusual — and brilliant — method of sizing custom bags.

Nick and his staff work off a single photo to fabricate each custom framebag. Following the instructions on Rogue Panda’s website, I snapped a photo of my bike with a yardstick across the saddle and handlebar (a ruler works just as well) and emailed the image to Nick. While he was reluctant to share his exact method, in essence he scales the image using the ruler visible in the photo to create a life-sized pattern. He says it's actually more accurate than making a physical template, and since there’s no need to ship templates back and forth it’s more convenient, faster, and cheaper for the customer. 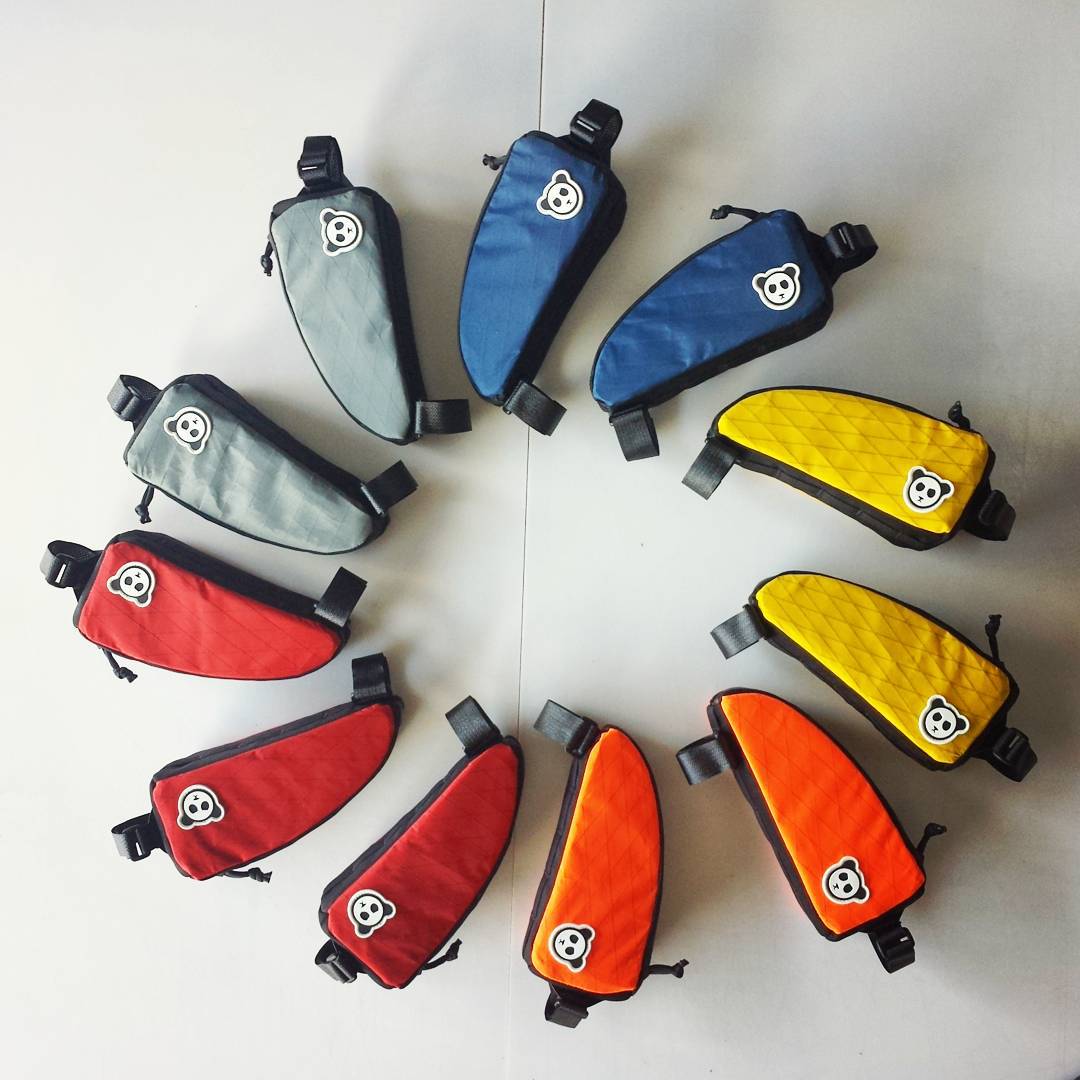 Turnaround time was just a few weeks, and the custom framebag was a perfect fit for my small Spearfish frame. All three bags were flawlessly sewn and looked like they’d outlast my frame, and as a bonus the teal-and-black combo Nick offered up for the frame bag is a dead match for my bike’s paint job. (In addition to a well-rounded palette of stock solid color options, you can opt for a custom color combo or go big with a striking state flag design.) I added a layer of 3M clear protective tape to my frame at critical contact points before attaching the bags. I’d highly recommend this step for carbon frames — the space between bags and your frame is prime real estate for dirt and dust to collect and rub off protective clear coat.

The framebag ($120) is a perfect spot to stash a hydration bladder on multiday trips or quick lunch rides. Thread a drinking tube through the hydration port at the front of the bag (free on all framebags) and say goodbye to hydration backpacks and bottles. Constructed of Xpac VX21 fabric — waterproof, though seams are not sealed — with ballistic nylon frame interface points, YKK zippers, and with a bright yellow interior lining, these bags don’t just work — they make life on the bike easier.

The 0.9L Alamo top tube bag ($50) is a nice complement to the framebag, with similar construction and smooth one-handed opening/closing thanks to side panel stiffeners, an easy-grip zipper pull, and no-slip attachment straps. The bottom attachment strap is moveable to allow for strap compatibility with the framebag straps that share top tube space. Bonus: the yellow interior lining (same as that found in the framebag) makes snack finding a snap. (A slightly larger version — the Almagordo — is also available.) 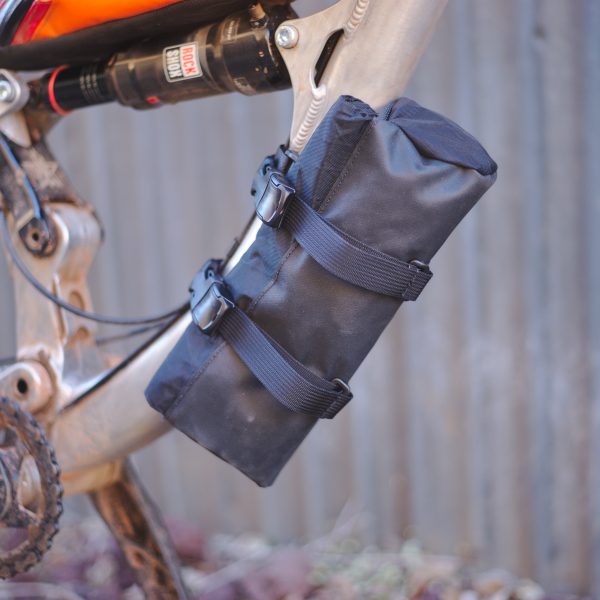 The 1.5L Oracle rolltop downtube bag ($60) is perfect for carrying tools and is another of Rogue Panda’s nails in the coffin for cycling backpacks. Why store your heaviest gear anywhere but as low and centered on the bike as possible? The Oracle is burrito-sized and built to take abuse, with a Hypalon skid plate on the bottom of the bag. Its side-opening rolltop makes it highly water resistant, and the included compression straps increase stability.

Custom bikepacking gear sounds like a luxury, but when it comes to framebags, it’s often the only option — and Nick’s bags are made with an attention to detail that belies their surprisingly reasonable price tags. A fully custom framebag with outstanding craftsmanship will set you back less than many hydration backpacks, and it will be far more versatile. Rogue Panda bags won’t pedal for you, but they absolutely make life on the bike easier.