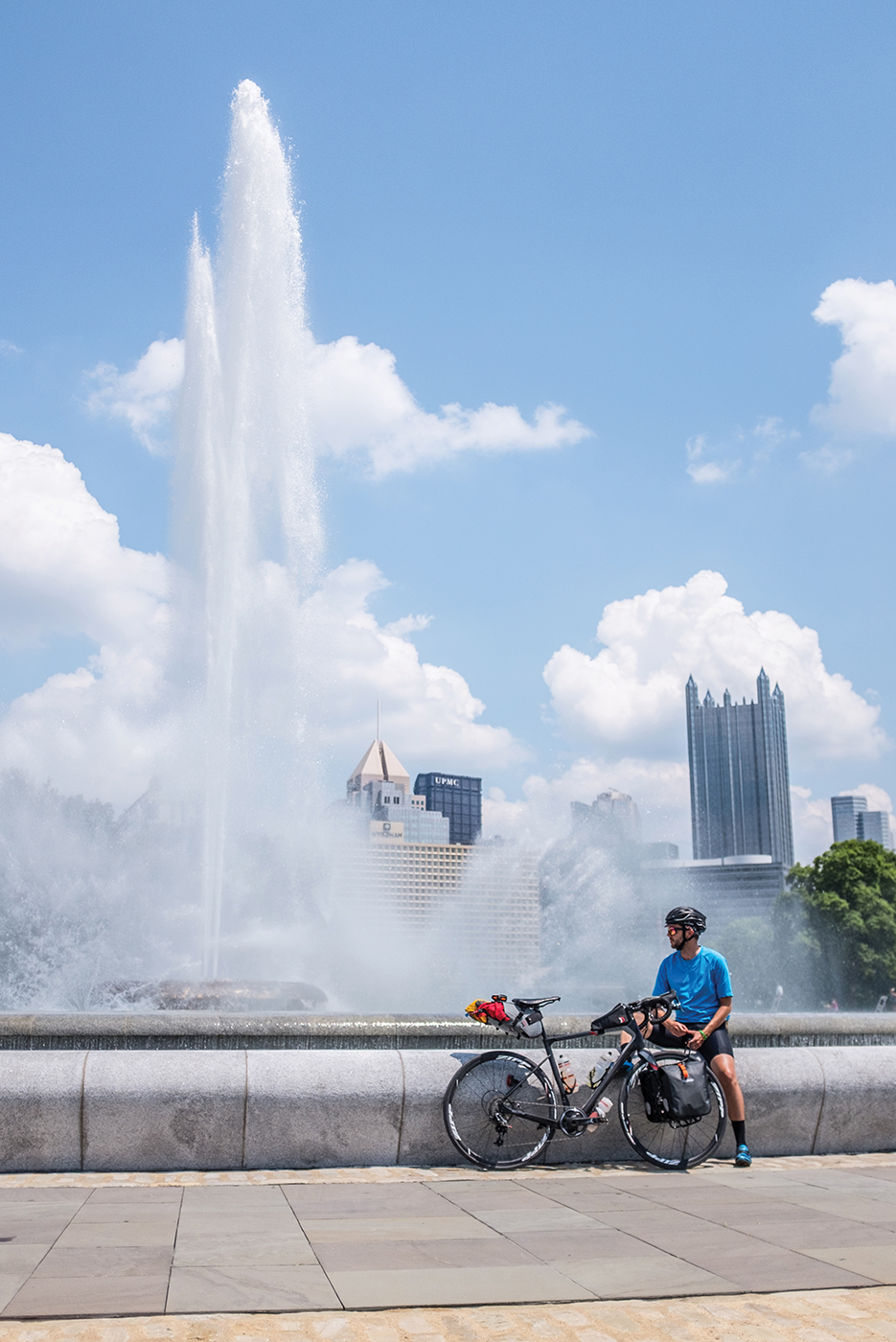 A Bit of Background

Cramming gear onto a bike, strapping down last-minute additions, and heading out on the road in a spur-of-the-moment fashion has never been my style. I’m a preparation type of guy. I like to take my time and plan out my gear list.

When we undertook the Jamis Renegade build (reviewed in the December 2017/January 2018 Adventure Cyclist), with its carbon frame and fork and SRAM’s 1x drivetrain, I knew that I wanted to experiment with different ways to carry my touring kit. Historically I’m a bikepacker. Most of my experience with racks and panniers is limited to commuters and in-town runabout bikes. Whenever I’ve mounted up a bike with a rear rack and panniers, I’ve felt the joy sapped from my face after the first out-of-saddle effort. I’m just not a fan of how a bicycle handles with a rear load. And much of this is probably due to my background as a bike racer and bikepacker. My norm is a quick-handling bike that’s lively in nature and maneuverable, even when loaded.

In the name of exploration, and based on my previous experience, I wanted to try something besides a normal bikepacking setup. Because the Jamis has mid-fork mounts, I thought I’d try a hybrid system: part bikepacking, part panniers.

Giving credit where it’s due, I have to mention Jan Heine here. Over the years I’ve read Heine’s work, both in Adventure Cyclist as well as his own publication, Bicycle Quarterly. He is a big fan of front-pannier touring, especially when a sporty bike is preferred. I also have friends in Canada who are fans of front-pannier touring and randonneuring. 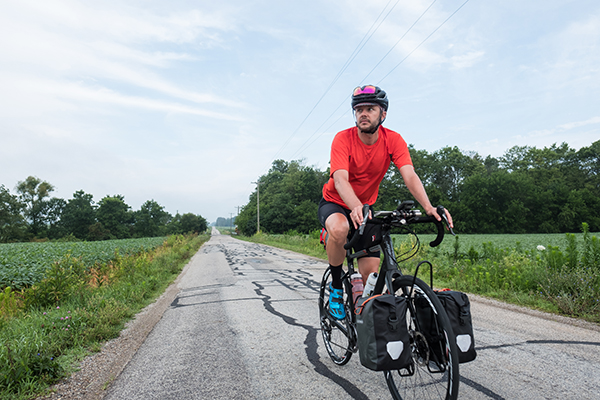 I mounted up a Tubus lowrider rack and ordered a set of Ortlieb’s new Gravel Packs. These waterproof bags are fairly small, just 12.5 liters each in size. For comparison, they offer 25 liters as a pair — 10 liters more than Ortlieb’s own bikepacking-style 15L Handlebar Pack. This would give me more space than my usual bikepacking setup for luxury items on my then-upcoming trip from Indianapolis to Pittsburgh.

Supplementing the Gravel Packs were a Revelate Designs Terrapin seatbag (the Alaskan firm’s excellent seat harness and drybag.) and a Gas Tank on the top tube for snacks and phone storage. On the frame I carried three water bottles for plenty of hydration during the hot days I encountered. To finish the bike, I added a BarYak Expedition SL to the bars to provide a great spot for my front light, Bluetooth speaker, GPS, and map.

Inside the Ortlieb Gravel Packs I carried:

In the Revelate Terrapin I packed:

In a word: excellent. I loved that it was all still quite light but allowed me to carry more items than usual. The weight distribution, while certainly forward biased, worked nicely for me. Out of the saddle, the Jamis was sprightly compared to many other touring bikes. Part of that is thanks to the light carbon fiber frame and fork, but the front panniers kept the front end planted while still allowing the rear of the bike to move side to side easily while out of the saddle. And thanks to the steep hills in eastern Ohio, West Virginia, and Pennsylvania, I was certainly out of the saddle frequently.

At the same time, there was nothing nervous about the bike. Even on gravel sections of the Chicago to New York City Bicycle Route, I felt planted and stable. Quick descents were a pleasure, with the ability to change lines mid-corner to avoid a pothole nearly on par with an unloaded bike.

I did take care to evenly load the two front panniers so that the bike wouldn’t pull to one side. I also kept my overall weight very low. In retrospect, and as mentioned in the print feature, I could have gone even lighter had I known that I would have stayed in hotels each night.

A Quick Word on Safety

Now I do feel that a disclaimer is warranted here. After the “Riding the Rust Belt” feature ran in the October/November 2017 issue we had a long email conversation with a reader (a professional engineer, so he wasn’t shooting from the hip) who discouraged us from endorsing front loading due to the increased risk of going over the handlebars. We always encourage reader feedback, but I do want to be clear about a few things regarding all of Adventure Cyclist’s tech coverage. We are never prescriptive in how we talk about gear and how to carry it on your bicycle. There are a lot of ways to skin a cat, and ultimately the responsibility for finding a safe, reliable way to go bicycle touring is up to each individual.

Nick Legan is the Technical Editor of Adventure Cyclist magazine.