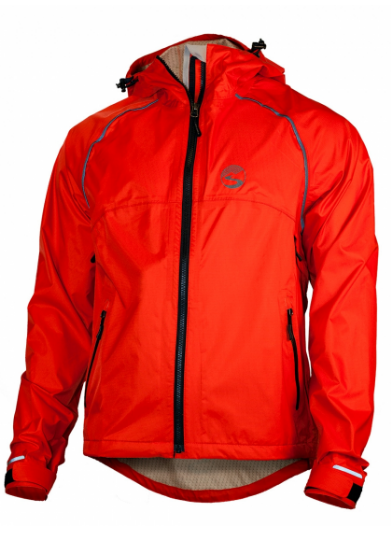 Say what you will about what it’s doing to old-fashioned, brick-and-mortar bike shops: online retail is a godsend for semi-agoraphobes like me who loathe shopping in full view of other people. But such phobias are thrown to the wayside when you’re wearing a piece of clothing that fits you poorly. Take for example the Showers Pass Syncline jacket. It’s a fine piece of outerwear: it’s waterproof, reasonably breathable (and aided in that regard by pit zips), and has pockets and a hood. One major detriment is the material on the inside of the jacket — it has a cheap, plasticky feel, not unlike dollar-store rain jackets. Another issue, which illustrates the importance of trying things on in person, is the jacket’s fit. It’s a “full fit,” according to Showers Pass, and the Syncline is marketed as a multi-sport jacket, so one shouldn’t expect it to have the trim, form-fitting shape of a traditional cycling shell. I’m six feet tall and thin, and the Syncline’s “full fit” didn’t fit me very well. In size small (it’s not unusual for me to wear a small) the jacket’s sleeves were the perfect length, but the torso was short and hilariously roomy. As previously stated, it’s a fine jacket. It kept me dry on a number of hikes and bike rides where the weather took a surprising turn, and it packed up just as small as my personal rain shell. If you’re of average height, have longish arms, and sport a (much) roomier torso than I, the Syncline will probably fit you quite well. Just be sure to try it on first. –DM 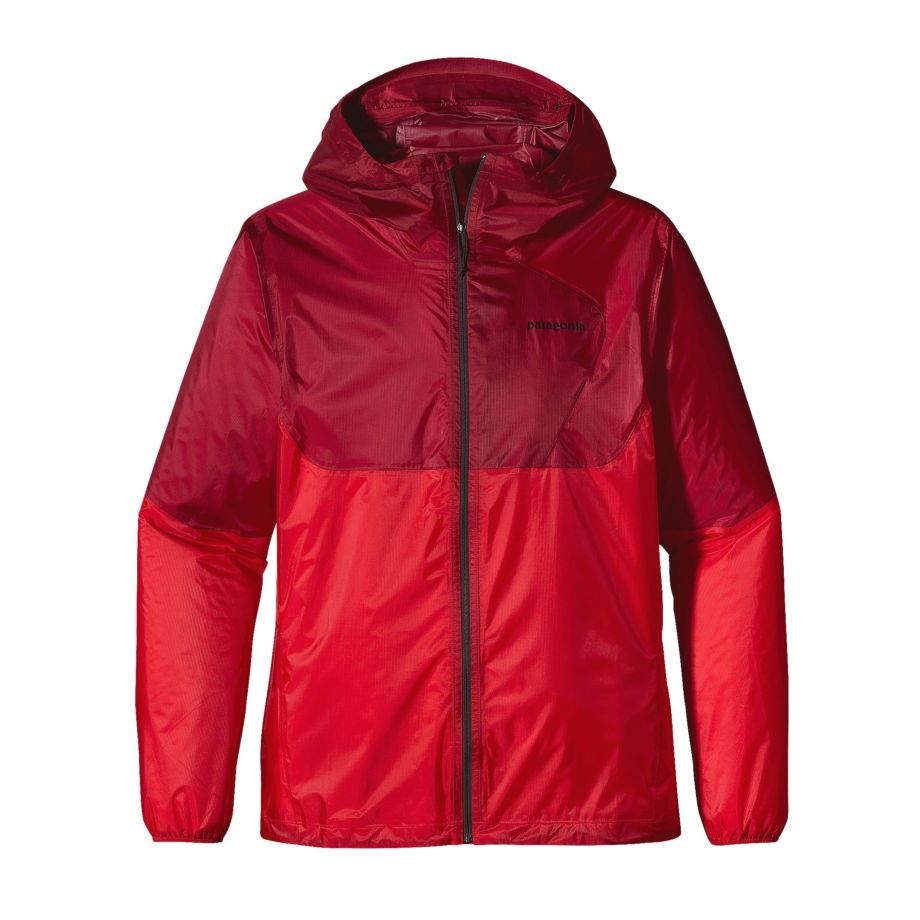 Weighing just 6.6 ounces but built to handle that unexpected blast of rain thanks to its water-resistant woven nylon shell and DWR (durable water repellent) finish, you’ll be packing this jacket along on every trip wondering, “How can something so light hold up so well? It must be magic!” And then you’ll think to yourself, “Oh yeah, that’s why they call it the Alpine Houdini.” This quickly became my favorite piece of outdoor apparel for cycling, hiking, running, and pretty much any other outdoor activity from spring through fall. Available in both men’s and women’s sizes. –JT 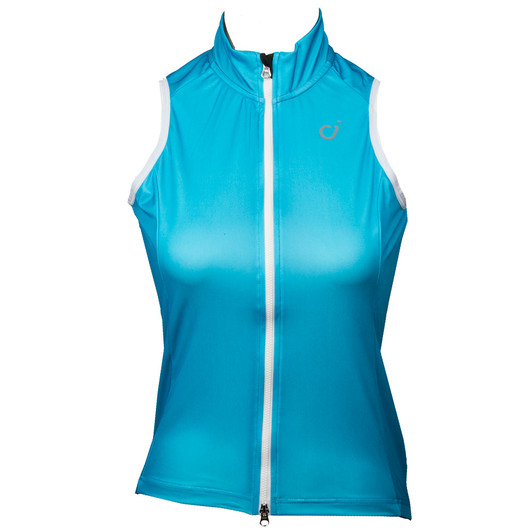 Shoulder season means vest season (oh, the irony). A good wind vest will do wonders for extending your riding season into dark mornings and blustery evenings. At $170, Velocio’s Wind Vest isn’t the most budget-friendly gilet out there, but it delivers both high-end design and functionality effortlessly.

Velocio designs their apparel to fit best in a cycling position, which translates to less bulk in front and around the arms when you’re on the bike, and easier layering. With windproof front and side panels, a four-way stretch-mesh back panel, and a burly two-way zipper, this vest does everything a good vest should do: it keeps chilly winds at bay and breathes enough to remain comfortable in a wide range of temperatures. When you’ve warmed up enough to shed the vest, it packs up easily into a jersey pocket — and boasts three roomy back pockets of its own, something lacking in many other vests.

It also looks and feels like the high-end piece of equipment it is, with fabric that’s amazingly quiet and soft to the touch for a windproof material. You can’t be too visible when sharing the road with cars — here, loud is a good thing — so I appreciated the high-vis pop red color, which does just that. It’s a welcome change from screaming yellow and manages to be both eye-catching and stylish.

Velocio first made waves with their focus on women’s-specific cycling apparel, but they’ve since expanded to a full line of Italian-manufactured men’s and women’s pieces. Look for the Wind Vest in both men’s and women’s cuts. –CN 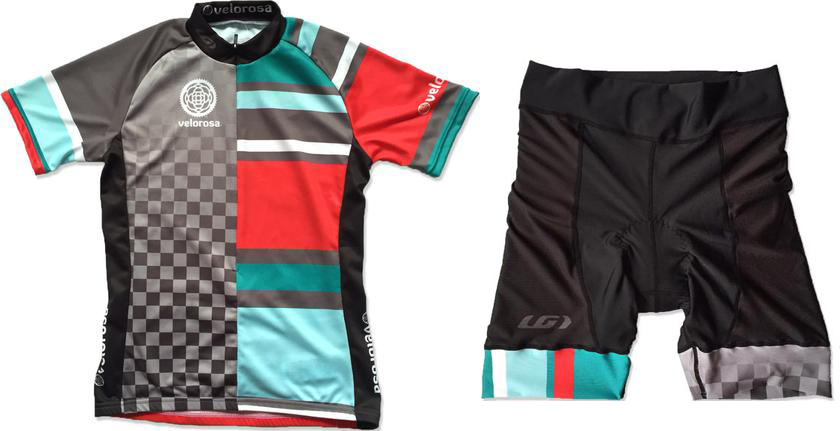 For many female cyclists — myself included — high-performance cycling apparel that looks as good as it rides is the holy grail. Sure, women’s-specific shorts, bibs, and jerseys are trickling into the market in greater numbers, but most designs suffer from at least one of three fatal flaws: an unflattering or impractical fit, seizure-inducing colorways, or a mess of sponsor logos. Velorosa is a new contender for holy grail status, and after testing out two pieces from their Velocity Collection, it’s safe to say that they’re hitting all the marks.

Velorosa has put together several collections of jerseys and shorts meant to be interchangeable, most of which feature tasteful floral designs, but I’m a big fan of the Velocity Collection’s sleek, urban look, which features bold colors and raceway-inspired checkered-flag graphics. It’s a sharp kit, and there’s no walking (or pedaling) billboard effect here.

And the fit? Velorosa nailed it with their Peloton shorts, which feature one of the most comfortable chamois I’ve ever worn. Since trying bibs a few years back, I swore off shorts as medieval midsection torture devices, but these shorts have made a believer out of me with their high, wide, and ultra-comfortable waistband. Quad-tastic riders need not fear these leg openings, either, which are wide, flattering, and stay put almost as well as those with grippier bands. The Peloton Jersey has more of a boxy, club fit than the shorts — which are sleek and downright racy — and both pieces have held up well to the wear and tear of a season’s use. 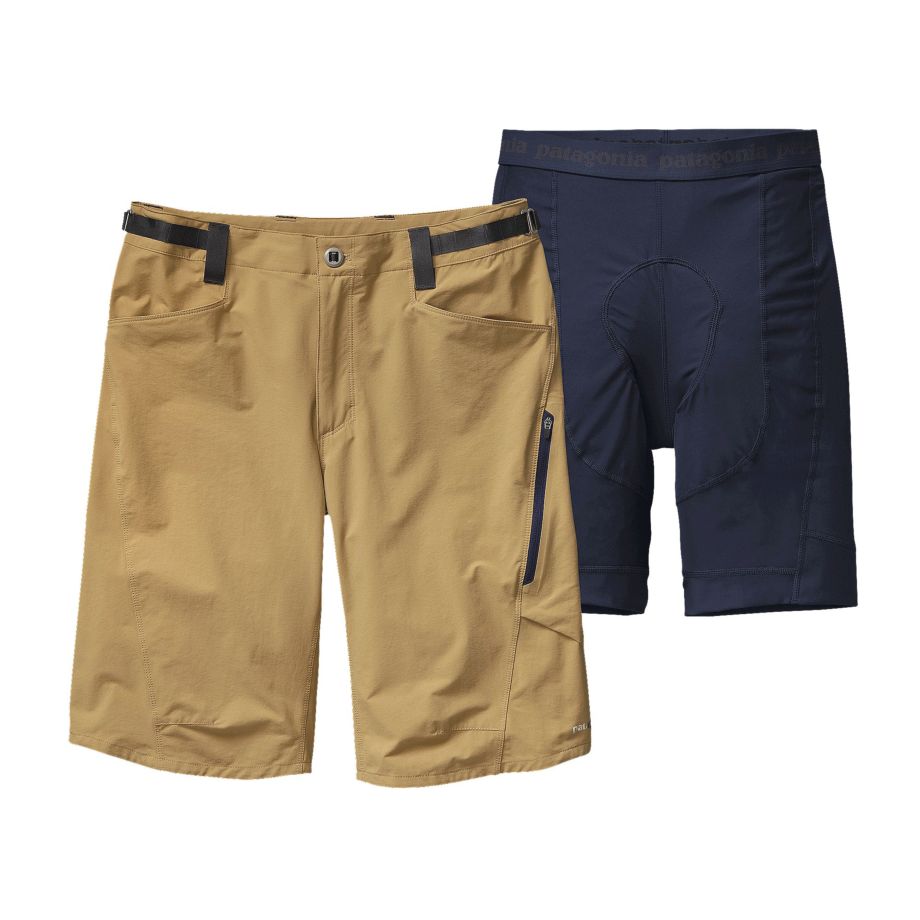 A photo of a pair of bikepackers on the cover of Patagonia’s catalog earlier this year ushered in a return to bike gear for the revered outdoor clothing maker, and I couldn’t have been happier. Then they sent me a part of the new Dirt Craft shorts, and it turned out I could be happier, I could be very happy indeed.

The outer shorts are entirely adequate, though perhaps an inch longer than I’d like. They’re black (or brown), they’re comfortable, they don’t look silly off the bike, and they have pockets and adjustability at the waist. That’s all I ask for in a short and they deliver.

But the Dirt Craft liner short is where Patagonia’s genius really comes to bear. The hybrid mesh and solid-panel construction was far more supportive than the mesh-only liners I’ve ridden from other brands while offering more breathability than entirely solid-panel shorts. I ride in mountain bike–style baggies almost exclusively, regardless of the type of cycling I’m doing — I just don’t like hanging out off the bike for any length of time in Lycra. That means I want a chamois I can spend all day in on tour or use for a quick post-work MTB loop in midsummer heat. The Dirt Craft liners quickly became my go-to short for all types of rides, essentially muscling out everything but the Club Ride bibs (see below) for the core of the riding season here. In short, welcome back Patagonia, we needed you. –AS 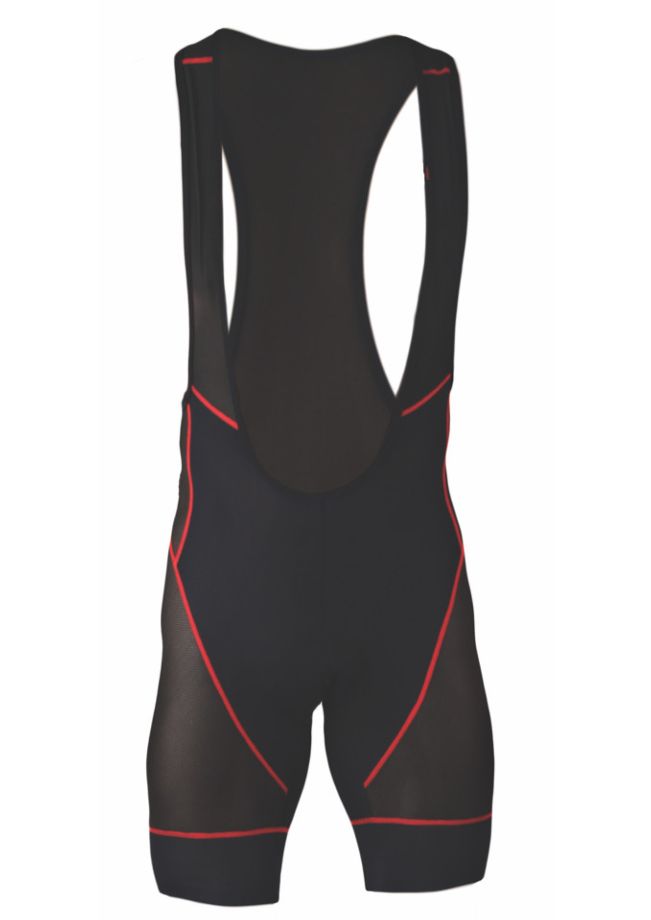 I’ve never been a bibs guy. Maybe it’s because I started out on mountain bikes and considered bibs some kind of roadie nonsense. Maybe it’s because they’re often more expensive than shorts. Or maybe it’s because the first few times you wear them, you feel ridiculous — like you’re wearing some sort of cross between a unitard and an adult diaper.  Plus, and this is key, wearing standard bibs under baggies is usually hot as the pit of Hades in the summer.

Club Ride attacked that last problem with a liner bib using mesh construction for breathability paired with a fantastic chamois. The Air Liner mesh bib has completely changed my opinion of the style, and especially for longer rides, the chamois (which the Idaho-based company markets as their four-hour–plus model) were among the best I used all season.

Fit-wise, I’m a lock-down medium for shorts, and the first time I pulled on the Air Liner bibs, I was worried the Club Rides were way too big. I was concentrating on “bib” instead of “liner,” and unlike the Lycra road-style bibs I’ve worn before, these didn’t feature much compression. In fact, I was worried they might just be too loose all around, but in the end they performed flawlessly, proving that they know a lot more about fit than I do. –AS