2015 Holiday Gear Guide: Everything Else 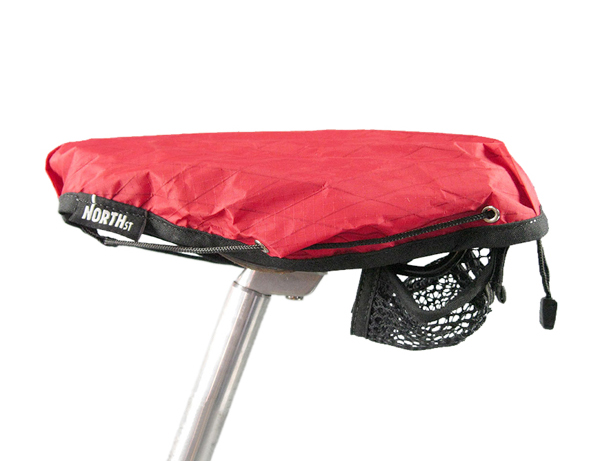 While protecting your saddle from unpleasant atmospheric conditions probably isn't the most important thing in the world, if you could, why wouldn't you? North St. makes it easy and functional with their waterproof cover. Constructed of rugged sailcloth, this saddle cover weighs 4 oz., is made to last, and features a drawstring closure, a folded design, and an attached stow pouch. It'll cover just about any size saddle from a super padded model to various Brooks models — and it's made in the USA to boot. So get with it people and cover your saddle. It'll thank you, if only it could.  –MD 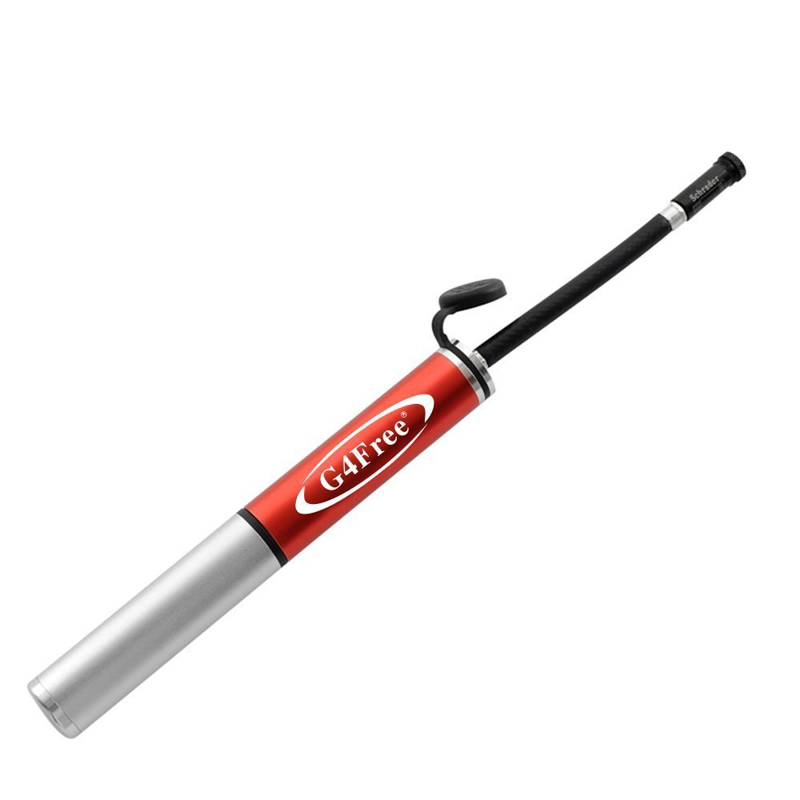 Sometimes you come across a product that leaves you scratching your head. The G4Free Mini is one of those products, because In an age of both cheaply made throwaway products and insanely priced bespoke products, it's neither inexpensive nor cheaply made, and is very functional and versatile.

The G4Free Mini is constructed of CNC aluminum and telescopes from 8 in. when closed to 22 in. when fully extended. It weighs 6 oz., can pump both Presta and Schrader valves, and a flexible extension hose makes it easy to do so. Presta valve stems can be damaged and the flexible hose relieves the pressure making this less likely. When pumping tubes with either type of valve, the hose tip screws on. On top of that, you can screw in a standard pump pin and use the G4Free Mini to pump up basketballs, footballs, soccer balls, beach balls, or anything with that requires compressed air.

The G4Free mini also comes with a mounting system for under your water bottle cage. If this thing isn't a stocking stuffer, I don't know what is. –MD 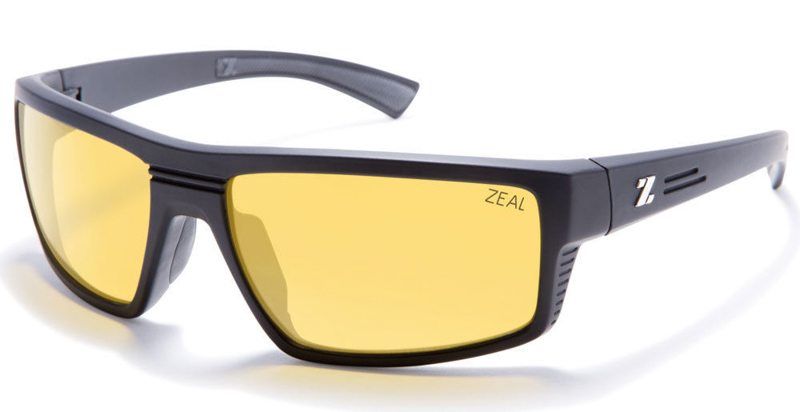 Sunglasses are one of those products that some people are willing to spend a good deal of money on while others are not, but one thing is nearly indisputable — all sunglasses are not created equal. I have tested many sunglasses through the years and, believe me, I've kept many a crappy pair from you, dear reader, so obviously the Zeal Decoys don't fall into that category. In fact they are some of the best sunglasses for cycling under mixed light conditions that I've come across. The Decoys sport yellow-based photochromic polarized lenses that perform exceptionally well. The photochromic feature responds so quickly to changing light conditions that it's nearly imperceptible and the polarization eliminates glare effectively. Actually, the Decoy's polarization is so well incorporated that I never notice any road spots that some polarized lenses cause to weirdly shimmer. The Decoy's lenses also provide 100 percent UV protection.

The Decoy's temples are constructed of a Z-Resin rubber touch material that combined with the Proflex nose pads keep them snug to your face without any slippage. They are also quite light, weighing in at just 1 oz. and are available in prescription RX from +3.00 to -4.00.  –MD 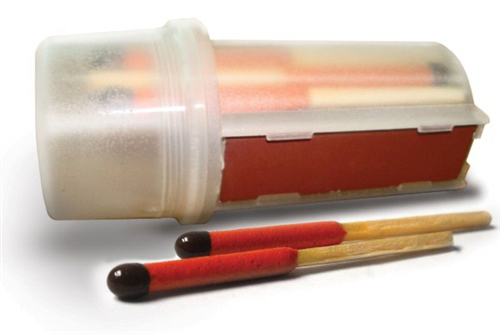 When you're cold and tired after a long day on your bike, there's not much better than lighting a fire and cooking some warm food. If you can't light that fire or start your stove because you can't make a flame, you'll be disappointed — and hungry. Don't be disappointed and hungry, and if you carry the UCO Survival Stormproof Matchkit, you won't be. The kit comes with 15 windproof and waterproof matches plus a waterproof container that includes two additional strikers. But, just in case the matches and striker do become wet, all is not lost. The matches will light once they've been wiped dry. The striker, on the other hand, will need to dry out before becoming functional again, which is why the spare strikers should be stored separately. Each monster match will burn for 12 seconds. If you're smart and purchase the UCO Match Kit, it could be the best $2.99 you've ever spent.  –MD 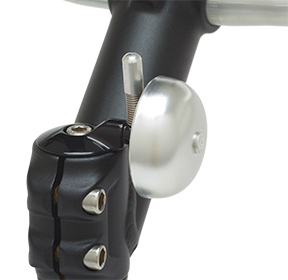 One of the best additions you can make to any bike. If you’re riding anywhere in town, hollering “on your left” is great, but more often than not it seems as though people hear that as “left, I should step to the left.” There’s no mistaking the sound of a bike bell, and the Mirrycle Incredibell is fine piece of work — just difficult to spell. This particular model replaces your stem cap, is easy to install, and is always within reach. Don’t take my word for it, give it a listen for yourself!  –JT 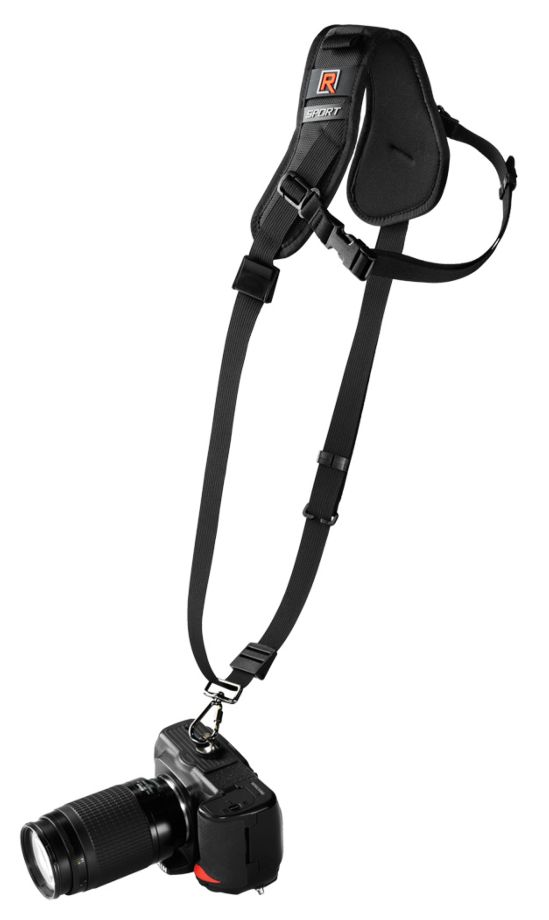 As good as cell phone cameras have become, I’m still committed to lugging my six-pound DSLR setup along for tours. I might only need that zoom lens once, but I’d rather have it with me than curse having left it at home. The problem with such a heavy setup is that unlike a phone slipped in a jersey pocket or top tube bag for quick access, the camera is zipped up in a handlebar bag or pannier. Or worse, hanging from my neck threatening to bang into my top tube or choke me out. BlackRapid has developed a sling-style strap, though, that kept the hefty camera tucked nicely to the small of my back and quickly accessible if a scene presented itself. Using a pair of adjustable stops along the strap it’s easy to contain the camera to one spot for rising and one-hand adjust so you can swing the body up to eye level. A comfortable shoulder pad was kept in place in part thanks to a small stabilizing strap that runs under your armpit without chafing. The strap features a burly rotating bolt that screws into a camera’s tripod mount and stays solid with a locking carabiner.  –AS 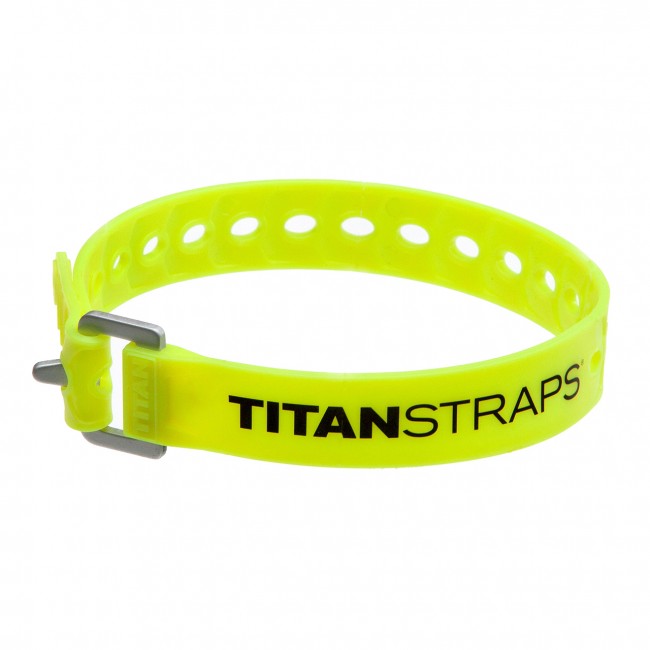 Sometimes it’s the simplest things that are the most indispensable. The dead-simple straps are no-nonsense tools to tie stuff down in any weather and without worrying about complicated buckles or line becomes de-tensioned. Available in 14-, 18-, or 25-inch lengths — as well as one industrial strap I can’t imagine a use for on a bike tour, the straps closely mirror the ubiquitous Voile ski straps that any winter sports enthusiast has likely employed at some point. Just pull the strap tight against its load and once tensioned, pull it back over the metal clasp and slot it through a hole. That’s it. You’ll never buy para-cord again.  –AS 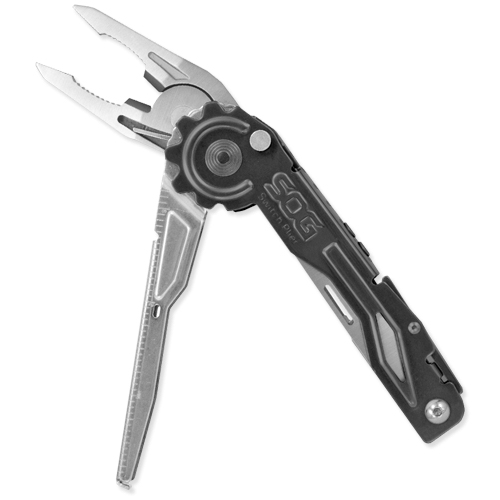 Though for longer trips I typically carry a bicycle multitool that includes a small knife, there’s no denying that more a full-blown tool is handy to have for some outings, primarily for the pliers. SOG’s new Switchplier 2.0 provides the pliers — as well as a knife, can and bottle openers, screw drivers, an awl, and a few other handy items — with a new twist: they’re springloaded. That might not seem like much, but I found that being able to reach in a pocket or bag and open the pliers all with one hand was extremely useful on the occasion that the task requiring the pliers was occupying my other hand. Relatively cheap for a multitool and not horrifically heavy, the Switchplier is a worthy addition to a backcountry kit.  –AS 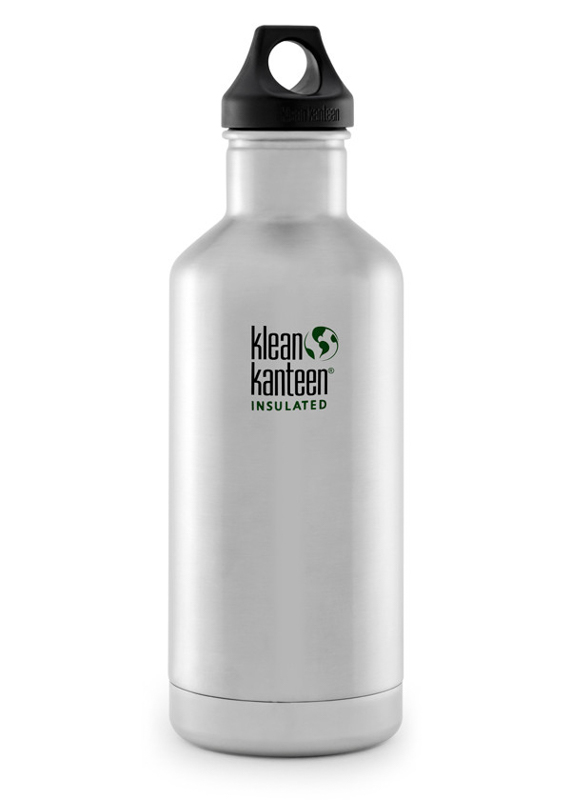 Would I bring this behemoth on a long tour? Probably not, but then I’m not much of a coffee drinker. If I was, though, I’d seriously consider dragging 32 insulated ounces along with me every morning, and if I did I could rest assured that it would still be piping hot by lunch. Klean Kanteen claims the bottle can keep contesnt hot 12 hours, or iced for 24, and that seems about right. A wide mouth makes pouring easy (or adding ice) and I found the black matte finish on the version I had pretty durable. A special water bottle cage mounted with velcro straps, but you could always opt for a smaller size bottle (available in sizes from 12 oz to 64) to fit in a standard cage.  –AS