Snow flying outside? Curl up by the fire and check out one of these promising reads to keep you dreaming about the roads ahead. 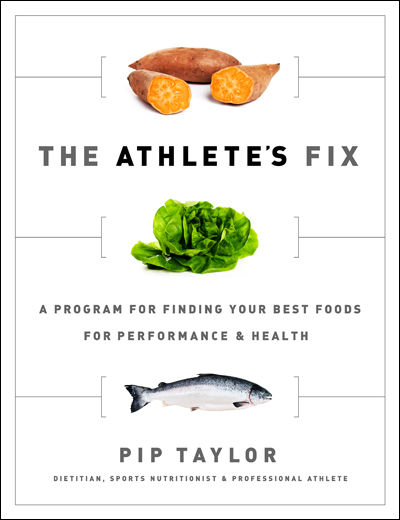 The Athlete’s Fix: A program for finding your best foods for performance and health, by Pip Taylor ($24.95, VeloPress)

My idea of watching my diet usually entails little more than making sure my hamburger consumption doesn’t require two hands to count each week, but I was fascinated by The Athlete’s Fix from VeloPress. In an era when folks of all stripes are quick to cut out massive swaths of their diet (meat, gluten, dairy, etc.) in an effort to eliminate anything that might not sit quite right with their systems, the promise of a more fine-tuned approach held interest. Pip Taylor, a pro triathlete, sports nutritionist, and dietician, walks the reader through ways to identify the best diet — not in the sense of losing weight — for you to minimize discomfort and aggravation and maximize performance, if that’s your thing. I’m no pro athlete, but as I try to leave those five-hamburger days behind me, any little edge to make the most of my limited training is appreciated. The back half of the book is filled with beautifully photographed dishes and their accompanying recipes for a variety of foods from fancy meals to quick snacks. I wouldn’t call The Athlete’s Fix revolutionary, but a revolution isn’t what most of a need — just a little help finding the right direction. 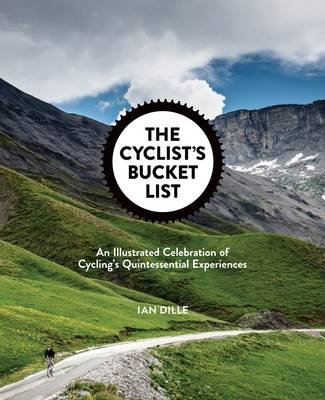 My bucket list doesn’t need a lot of help expanding, but a quick thumb through Ian Dille’s promised “celebration of 75 quintessential cycling experiences” has added a few I never knew existed. Easy to pick up and browse and full of gorgeous photos, The Cyclist’s Bucket List features rides and destinations around the world, from Taiwan to Texas. But we couldn’t help but pause at #59, The TransAmerica Bicycle Trail, and #60, the Underground Railroad Bicycle Route. Of course, plenty of other multi-day routes like Britain’s C2C made the cut, as did cycling pilgrimage sites like Paris-Roubaix, Moab, and Amsterdam, which aren’t so much tours as immersions in various aspects of two-wheeled culture. The books’ 230 pages are a perfect winter respite from the off-season blues and, hey, you might just find a Southern Hemisphere spot to extend your riding next year! 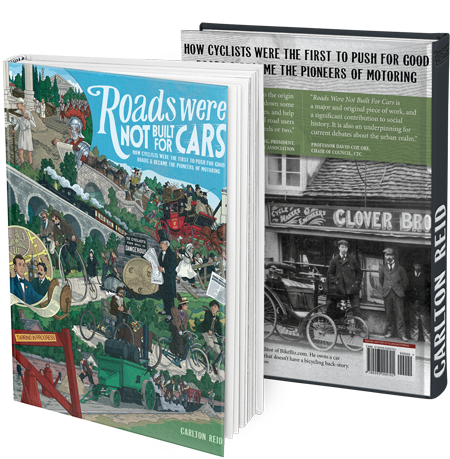 Carlton Reid is known around the bike business for his coverage of just that — the bike business. But when not running Bikebiz.com, Reid is a passionate advocate for cyclists and clearly a student of cycling history. In Roads Were Not Built for Cars, Reid takes a look at the history cyclists played in the development of road systems and how two wheels paved the way for four. The book is certainly heavy on research — and a little light on imagery — but the history both here in America and abroad is fascinating. If infrastructure development is your idea of holiday reading (and let's be honest, while not for everyone there are more than a few riders who love this stuff), this should be near the top of the list.