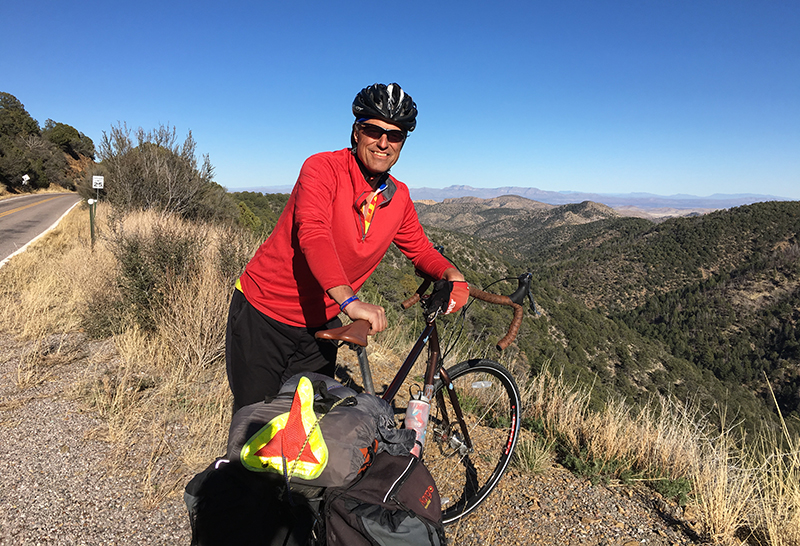 Missoula, Montana, April 9, 2019 — Adventure Cycling Association announced today that Jim Sayer will step down as Executive Director by the end of 2019, after 15 years at the helm. Sayer will stay on as the organization’s leader until a successor is found. The search for a new leader will formally launch in May.

“It’s been an incredible ride,” said Sayer. “Anytime you can combine your passion with your profession, you are a lucky person. I’m especially proud that we’ve built such a strong and effective nonprofit that will continue to connect hundreds of thousands of people annually with the power of bicycle travel.”

Sayer also highlighted Adventure Cycling’s new strategic plan: “We continue to build on our strengths, but with this plan we are making some exciting pivots to the future with investments in digital engagement, grassroots community development and DIY tours, twenty-first century cycling navigation tools, and more powerful safety advocacy.”

Joyce Casey, Adventure Cycling’s Board President, said, “We are deeply grateful for Jim’s service and leadership. During his time here, Adventure Cycling has grown our membership, more than doubled our staff, and nearly tripled our revenue. Most important, we have used those resources to provide the best services and advocacy possible for better bike travel in North America.”

Casey noted that the Board expects to hire Sayer’s successor by late 2019.

Sayer has not announced future plans but would like to take some time off and explore opportunities in public service. He also plans on pursuing more cycling and outdoor adventures, including a self-supported solo bike tour down the Atlantic Coast early this summer and possibly a trip along Adventure Cycling’s Northern Tier route in 2020.

Changes and accomplishments at Adventure Cycling Association during
Jim Sayer’s tenure (since 2005):

We owe a huge debt of gratitude to Adventure Cycling’s staff and volunteers, and of course to our 52,000+ members, 4,000+ donors, and many partners, for accomplishing so much to inspire, empower, and connect millions of people to travel by bicycle.