Georgia welcomes cyclists to the coast with U.S. Bicycle Route 1 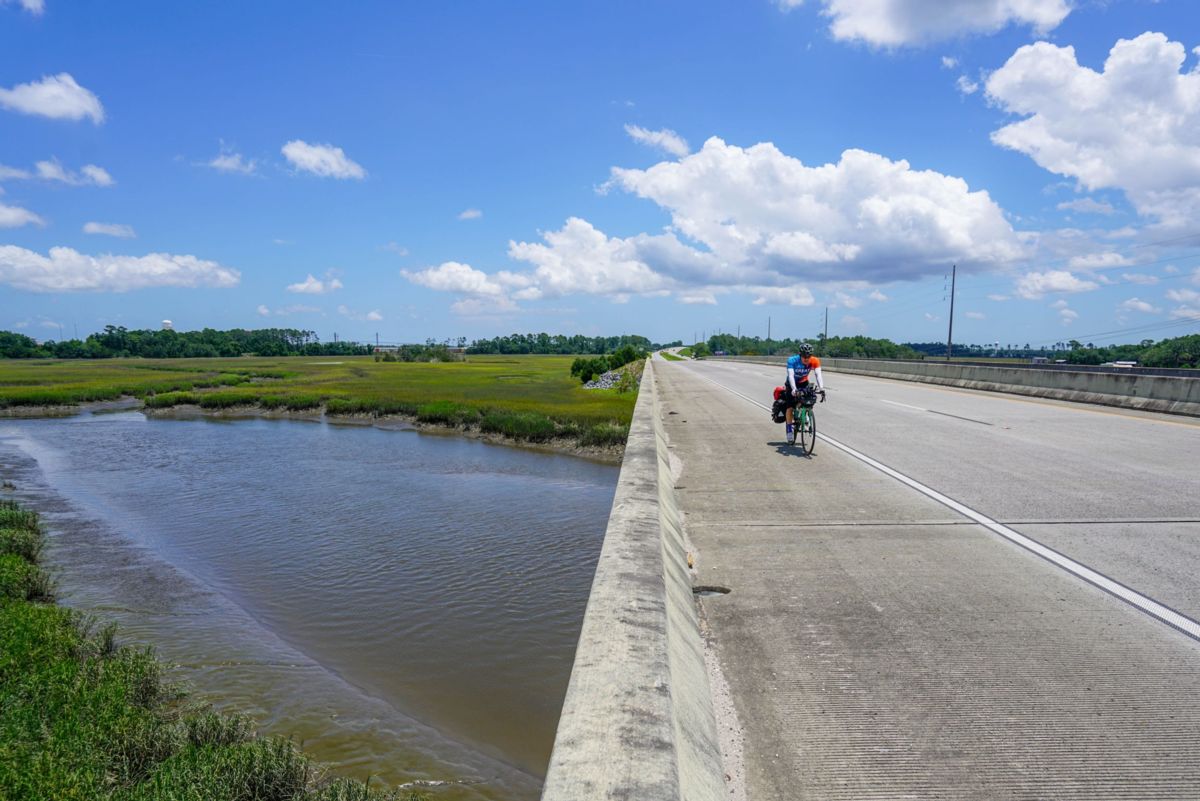 Following the official designation of U.S. Bicycle Route 1 in May, cyclists are invited to explore coastal Georgia on two wheels.

MISSOULA, MONT. (June 24, 2019) — Georgia welcomes cyclists to the Atlantic Coast, following the May designation of U.S. Bicycle Route 1 (USBR 1) by the American Association of State Highway and Transportation Officials (AASHTO).

U.S. Bicycle Route 1 is the third officially designated bike route in Georgia, and extends 199 miles along the coast. The route follows much of U.S. Hwy 17 (alternatively Ocean Highway) and passes through many small towns – some directly on the Atlantic Coast – that are filled with hidden gems.

“More of America’s scenic locations are becoming accessible by bicycle,” said Jim Tymon, AASHTO’s executive director. “The designation of U.S. Bicycle Route 1 in Georgia gives cyclists access to hundreds of miles of picturesque coastline that includes the oldest city in the state, Savannah. When state DOTs and their public and private sector partners work together to expand the U.S. Bicycle Route System, they make America healthier and better connected.”

USBR 1 has been developed by the Coastal Regional Commission of Georgia and the Georgia Department of Transportation with input from bicycle and trail organizations and volunteers.

“I am excited to see U.S. Bicycle Route 1 come to the Georgia Coast. I want the world to know Georgia has the best small towns in America, and USBR 1 can help tell that story,” said Terry Landreth, owner of Camden Bicycle Center in St. Marys. “I consider USBR 1 a very high value item for local residents, a new tourism product for visitors, and a great connection piece between the world and the Georgia communities. I fully believe USBR 1 can have the same if not greater economic impact as the Silver Comet Trail west of Atlanta.”

Digital maps for all designated U.S. Bicycle Routes — including USBR 1 in Georgia — are available to the public for free, thanks to a partnership with Ride with GPS, from the Adventure Cycling website.

Tweet: With the addition of USBR 1 in Georgia, the U.S. Bicycle Route System expands to 13,733 miles. @usbicycleroutes #USBRS

Facebook/Newsletter: The U.S. Bicycle Route System expands to 13,733 miles with the addition of USBR 1 in Georgia.