Ride along on the famous TransAm Trail in the second installment of Adventure Cycling Montana film series.

The Montana Big Sky Film Grant, a multi-tiered grant program that offers assistance in the development and sustainability of Montana production and media entities, supports the film series. Adventure Cycling Montana — TransAm is one of several premieres on Epic Montana, a new YouTube channel produced by Missoula-based outdoor writers and filmmakers Nick Davis and Mick Feherty. “The inspiration to create a grant program was centered in my desire to encourage more Montana-centric stories and production to occur in the state. The overall film industry has shifted away from location-based productions to business-based productions that look at incentives over location,” explained Deny Staggs, Montana Film Commissioner. “I wanted to reward productions that valued Montana as a location and a central element in the story.” 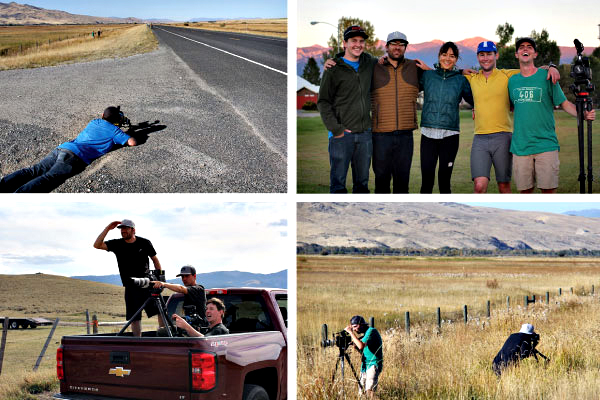 Adventure Cycling's partnership with Epic Montana kicked off in December 2014 with the launch of Adventure Cycling Montana — Northern Tier. “Our mission is to showcase the staggering diversity of outdoor activities in Montana, which makes the inclusion of bike touring a no-brainer. We believed working with Adventure Cycling would be a good fit. They're the premier organization for self-supported bike tours in the U.S., five of their routes run through Montana, and they're located right here in Missoula.” Davis said. “It's our hope that Epic Montana drives tourism for the state, but we've been adamant from the beginning that our content has to be authentic and engaging, as opposed to promotional. Adventure Cycling quickly bought into that idea, and the result is a series that not only reveals the sheer beauty of the bike routes in Montana, but also a real taste of the bike touring experience itself.” 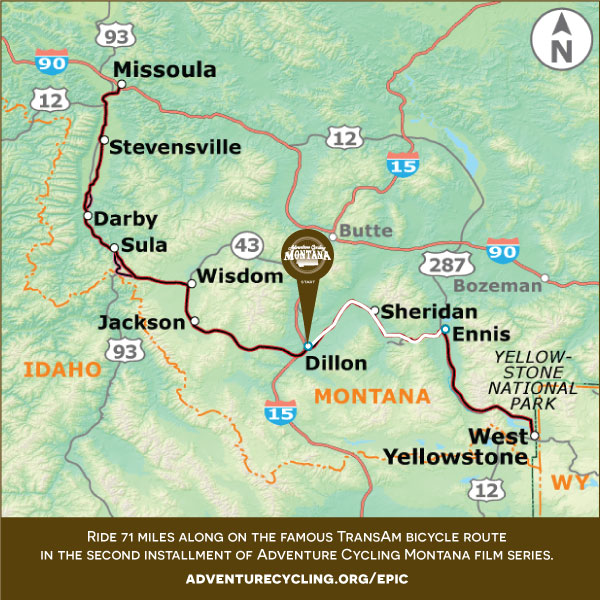 Spanning from Yorktown, Virginia, to Astoria, Oregon, the TransAmerica Trail passes through 10 states and the dreams of every cyclist who’s ever thought about crossing the country on two wheels. Whether all at once or in choice sections, the TransAm’s 4,228 miles are out there waiting. Come watch a pair of cyclists for one weekend along the trail in Adventure Cycling Montana — TransAm and get inspired to take the first step! 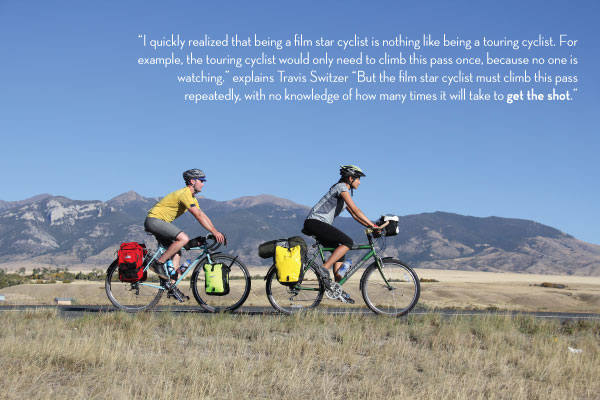 Download web-ready photos (ZIP/6.6MB) with captions. Download a web-ready overview map (JPG/115KB) of the route. For high-res images, or to arrange an interview with the film’s producers, please contact Lisa McKinney.

Tweet: Of all the miles in our network, we might have found the prettiest. Join us on the #TransAm in the heart of #Montana. #EpicMontana #MontanaMoment adventurecycling.org/epic

Dreaming of the #TransAm from your office chair? Saddle up and join us for an #epic weekend. #TransAm #EpicMontana #MontanaMoment adventurecycling.org/epic

Facebook/Newsletter: Of the 3,500 miles of Adventure Cycling’s Route Network in Montana, none are more famous than the TransAmerica Trail as it traces some of Big Sky Country’s most incredible roads from Yellowstone National Park to the peaks of the Bitterroot Mountains. Follow along as the second installment of the Adventure Cycling Montana film series traces the original Adventure Cycling route from Dillon to Ennis, Montana. #EpicMontana #TransAm http://www.adventurecycling.org/epic