Regional gathering in Indianapolis on February 17! 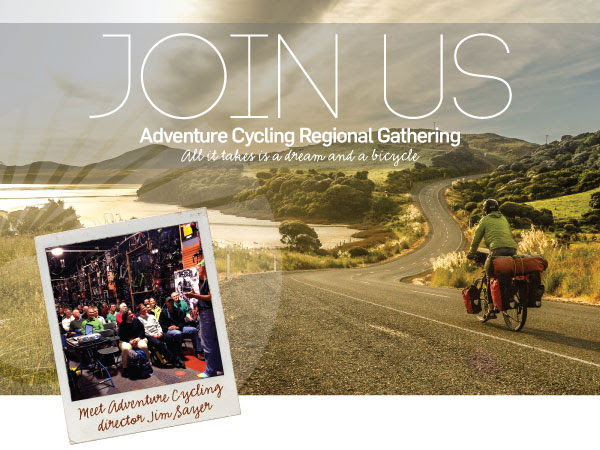 Join Adventure Cycling Association and CIBA (Central Indiana Bicycling Association) for a special bike travel presentation at the Central Library in downtown Indianapolis — on Wednesday, February 17 from 7:00 to 8:30 pm. Adventure Cycling’s executive director Jim Sayer will be presenting on “The Boom in Bicycle Travel ... and why 2016 may be the best year ever for bike travel in North America.” Jim will provide a lively and visually compelling overview of how bike travel and tourism are taking off in North America — and around the world — and why it means better routes, infrastructure, and travel opportunities for cyclists of all ages and abilities. Among the features of his talk: a survey of many new initiatives, including the fast-growing U.S. Bicycle Route System, roll-on bike service on Amtrak, and better biking in national and state parks; states and towns that are striving to become the best bike travel destinations; tantalizing images of bike adventures from around the world; new and upcoming Adventure Cycling routes, such as the Idaho Hot Springs Mountain Bike Route, Bicycle Route 66, and a Chicago-NYC connector (which will traverse Indiana); and a preview of cool new events in 2016, including the first-ever National Bike Travel Weekend and Bike to Your (National and State) Park Day.

After Jim’s talk, attendees are invited to walk or bike a few blocks to TwoDEEP Brewing Co. for (no-host) drinks, snacks, and conversation.

We look forward to seeing you in downtown Indianapolis!